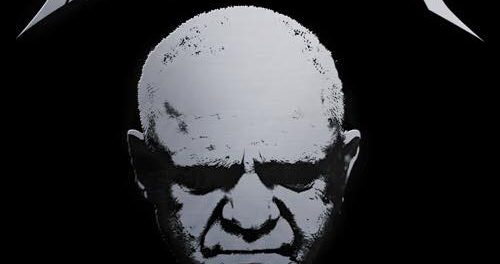 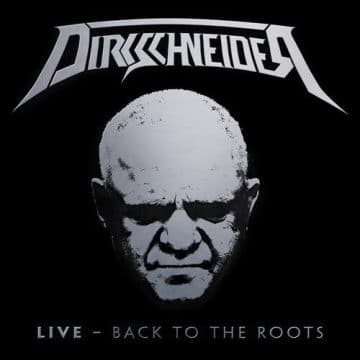 DIRKSCHNEIDER
LIVE – BACK TO THE ROOTS
Released on October 28, 2016 (AFM Records)

Review:
Udo Dirkschneider, the former Accept vocalist, has had a lengthy solo career. It wouldn’t be erroneous to say that his solo career has been more successful in Europe than it has been in North America. Dirkschneider and his solo band U.D.O. has had a revolving door of musicians over the years. The current incarnation of U.D.O. features Dirkschneider on vocals, Sven Dirkschneider (his son) on drums, Fitty Wienhold on bass, and, Andrey Smirnov and Kasperi Heikkinen on guitars.

It has been well documented over the past few months that Dirkschneider will bid farewell to the Accept catalog. He’s not quitting the business. No, he’s merely putting Accept to rest. Dirkschneider has a vast solo back catalog that he could perform a gig and not include a single Accept song in the set and Europeans won’t bat an eye. In North America however, I don’t think this would fare as well, simply because Dirkschneider doesn’t play here that often and his solo albums haven’t been as celebrated as Accept records have been in recent years.

Dirkschneider recorded a double live album titled Live – Back To The Roots, which features 24 brilliantly executed Accept classics. This collection was well thought out and is a career spanning series of songs that includes “London Leather Boys,” “Midnight Mover,” “Breaker,” “Head Over Heels,” “Princess of the Dawn,” “Son of A Bitch,” “Monster Man,” “Metal Heart,” “Fast As A Shark,” and the Accept signature track “Balls To The Wall.” There isn’t a brick on this album — it makes you realize just how many monster cuts Dirkschneider and Accept were responsible for. Live – Back To The Roots is highly recommended.

Pre order the album on iTunes & you’ll get the songs “Breaker” and “Midnight Highway” right away! http://smarturl.it/dirkschneider_iTunes DIRKSCHNEIDER – Breaker (2016) // official audio video // AFM Records Visit us! itunes.com/afmrecords & applemusic.com/afmrecords Subscribe to AFM Records here: http://bit.ly/1Ag5sAW The song is taken from the alive album “LIVE – Back to the Roots”.