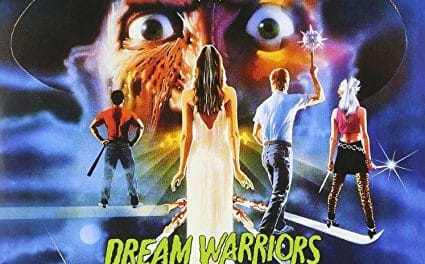 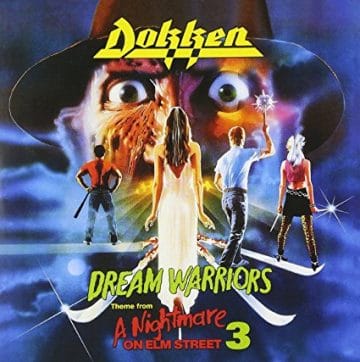 Review:
In hindsight, hard rock and heavy metal bands regularly releasing an album year after year, before slowing down to perhaps one new record every two years, during the magical era of the 1980s was absolutely amazing. Funny enough, when Dokken released their single Dream Warriors in early 1987, I was disappointed since I had waited more than a year for new Dokken material after the stellar Under Lock And Key only to be served with two new songs and one live rendition of an older Dokken classic. At the time, I didn’t know that Dokken would be releasing their 13 song opus Back For The Attack later on in November. All I knew was that after waiting for more than a year, I was buying an album on vinyl from one of my favorite bands that only had three songs.

If I recall correctly, hard rock and heavy metal bands were starting to release more and more singles with some B side or bonus tracks that would not appear on the actual full-length album. Back in early September 1986, Iron Maiden released the single “Wasted Years” with the B side tracks “Reach Out” and “Sherif of Huddersfield.” That was way more acceptable in my mind at the time since Maiden‘s full-length album Somewhere In Time was released only a few weeks afterwards. On the other hand, Dokken‘s Dream Warriors was kind of a stand alone release since Back For The Attack would only be released about nine months later. At the time, it was kind of lost on me that the release of Dream Warriors was given that the title track was the theme song for the movie A Nightmare on Elm Street 3: Dream Warriors. All I could think about was “Only two new songs? What’s up with that?” Looking back now though, I would be more than happy to have any band release a couple of new songs to tide me over during a two year gap between studio albums. Why, it’s already been almost four and a half years since the release of Dokken‘s last studio album Broken Bones and although Don Dokken has hinted that a new album will be in the works, odds are that five years will have passed before Dokken release a new studio album.

Putting aside my initial disappointment with the limited amount of new material, Dream Warriors is actually a solid album or “single” if you will and one worthy of a review on the 30th year anniversary of its release. The title track “Dream Warriors” is one of the best Dokken songs ever. While I did not fully appreciate it back in the day finding it a bit too “slow” for my taste, it has turned into one of the band’s underrated signature songs with amazing vocal harmonies, a killer guitar solo from George Lynch and a Don Dokken at the top of his game vocals wise. My favorite song from Dream Warriors continues to be “Back For The Attack” which is a solid rocker from start to finish with some memorable starting verses. I have always been puzzled why the song never made it onto the actual album with the same name — Back For The Attack. To me, that track would have been a no brainer to appear on that album. Dream Warriors closes off with a scorching live rendition of Dokken‘s “Paris Is Burning” which in my mind cemented Lynch as one of the best guitarists of his generation.

Overall, Dream Warriors stands the test of time and boasts three of the best Dokken songs ever released.

Dokken‘s “Back For The Attack” song:

Dokken – Back For The Attack – HQ Audio