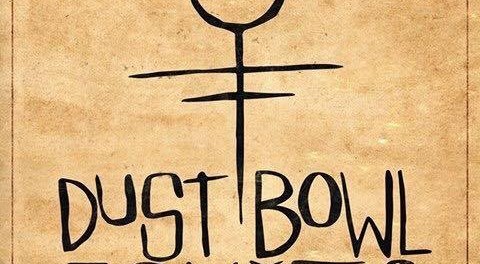 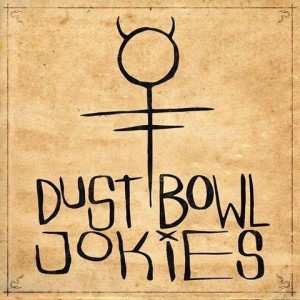 Review:
When I first saw the name Dust Bowl Jokies, I thought it had to be a typo. Urban dictionary defines “Jokies” as the comedian’s equivalent of a groupie. So, I decided to go right to the source and I asked the band’s frontman Alexx about it. Apparently, it’s a bit of an inside joke that he really didn’t want to speak about. Of course, the “dust bowl” part refers to the drought in North American prairies during the 1930s. No matter, it’s the music that counts. The self-titled Dust Bowl Jokies is the second release by this Swedish band, after their 2012 record Cockaigne Vaudeville.

Dust Bowl Jokies (why do I want to call it “Junkies” instead?) starts off strong with “Mama Cocha” and keeps going with “Borderland” and “Pink Flamingos” among other strong tracks. This album is simply dripping in sleaze. It is very much a throwback to L.A. Guns‘ Cocked And Loaded. Polished, but with the attitude and aggression to pull off the genre. Singer Alexx told me his favourite song is “Bad Juju” and I can see why. It must be a blast to play live. Even on the record, you can tell how tight Dust Bowl Jokies are and their total intensity.

Two songs in particular stand out for me. “The Moon Hanger Groove” has an interesting horn section that enhances the guitars and really adds to the song’s feel. “Old Fashioned Country Canvas” isn’t so much country as early ’80s rock and roll. Think Bruce Springsteen or Billy Joel. The saxophone fills are pretty neat, coming from out of left field on this ten song record. Alexx says of that song, “It was written in a few minutes at home in my cellar. We plugged in our instruments, downed a few beers, and ready was the song.” I feel the same way about this review. Very easy to write because the quality material is so good.

The lead off single and first video is “Lulu.” Solid beat and great vocal delivery. This song represents Dust Bowl Jokies pretty well. Alexx tells me that “Lulu” refers to freedom, a way of life, a state of being… The chorus “Lulu, greedy and out of line” seems to be a comparison between that girl we all know, and the society we all live in. If you’re looking for an authentic Swedish sleaze experience, this is it.