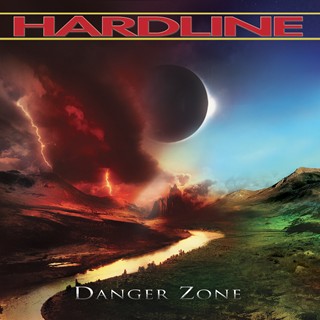 Review:
We all know the story… It’s 1991 and revolution is the word. A new breed of hungry bands are claiming the ground that glam and AOR had cultivated for the previous decade. The cull was swift, brutal and relentless. Jon Bon Jovi lost his hair, and many others swapped bare chests for flannel shirts and jumped on the bandwagon claiming to ‘adapt and survive’. But nobody likes a tourist and so many found themselves ‘playing to a more select audience’ or simply calling it a day — at least for the time being.

It seems unlikely then that amongst all this turmoil, brothers Johnny (vocals) and Joey Gioeli (rhythm guitar) would get together with Journey‘s Neal Schon and his fellow Bad English troopers Todd Jensen (bass) and Deen Castronovo (drums) to form Hardline. They would go on to release Double Eclipse in 1992 and enjoy some 14 weeks on the Mainstream Rock Charts with their version of “Hot Cherie” — an impressive achievement when you consider the odds. To this day the album is still revered by many as both an AOR standard and widely acknowledged to be the band’s greatest day.

Fans of the genre can be assured that whilst the songwriting rarely deviates from the traditional AOR formula in its lyrical themes and arrangements, it is far superior than most. “Fever Dreams” is a perfect opener, “Ten Thousand Reasons” is infectious, and “Look At You Now” is an AOR fan’s wet dream. The honey sweet production walks the line between glossy and edgy, still dripping with the Journey influence, but it’s Gioeli‘s voice that really separates the album from the pack and it’s difficult to point to stand out moments when faced with this level of consistency. He delivers with a range and integrity that does pure justice to a relentless collection of melodies and hooks making them sound vital, fresh and shockingly addictive.

Alright, it’s not my bag and maybe the album’s slightly more ‘comfort zone’ than ‘Danger Zone’, but for my money Hardline have succeeded in giving a rather tired genre a new lease on life — and for that we should all feel eternally grateful.