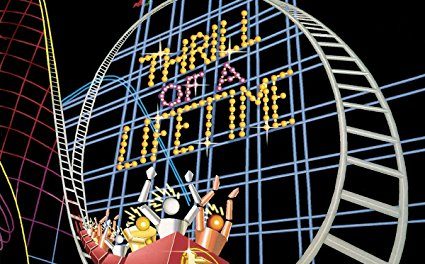 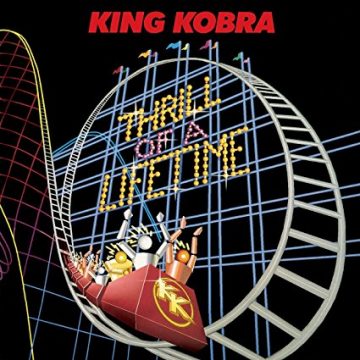 Review:
For the most part, Rock Candy Records gets it right 90% of the time from their selection of albums to reissue to their deluxe liners, etc… I did say for the most part. King Kobra issued a stellar debut effort (Ready To Strike) that went ignored by Capitol Records in 1985. A year later, King Kobra issued their sophomore album titled Thrill Of A Lifetime.

The album was slick, poppy and surprisingly wimpy. Not what fans expected at all. The King Kobra we hear on Thrill Of A Lifetime sounds like a watered down version of Foreigner‘s Unusual Heat era with the emphasis of dialing up the keyboards. Ironically, the singer on Unusual Heat is Johnny Edwards who turned up on King Kobra III but we’ll save that for another day.
The liners make mention by various King Kobra members that by 1986 when Thrill Of A Lifetime came out, the rock scene was changing and that contributed to the band and album’s lack of success. 1986 was a big year for David Lee Roth, Bon Jovi and Van Halen. Rock was far from dead as grunge was still years in the future. Are they poor historians, or in denial that they released a bad record, or both?

Thrill Of A Lifetime has few redeeming qualities as far as I’m concerned. The drums are lifeless. The songs are fluffy. The cringe worthy (rap influenced) “Home Street Home” should have been reason enough for Capitol Records to sack the band from its roster. King Kobra recorded a song for the cheesy Iron Eagle (Top Gun lite) film that also made its way onto the motion picture soundtrack titled Iron Eagle (Never Say Die). Brilliant, right? It’s track six on this album and by that point I was ready to ‘say die.’ Rock Candy Records did include a ‘street remix’ of “Home Street Home” for good measure. I imagine they were hell bent making sure we didn’t miss it the first time? What a ‘bonus.’

There are a couple moments of hope on “Second Time Around” and “Thrill Of A Lifetime” but that is quickly washed away by ‘the waterfall of synthesizers.’ Mark Free’s performance once again, as with the debut, is the highlight but King Kobra didn’t give him much to work with in terms of songs. You’ve been warned. Thrill Of A Lifetime wasn’t all that in 1986 and it isn’t much better in 2017. Get the ‘other record.’