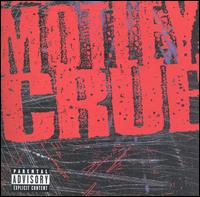 I had originally bought this release when it first came out in 1994 and was totally caught off guard. Who in the hell was this? This isn’t Mötley Crüe! I’ve been had! I’ll admit, I tossed it aside in favor of just about anything else and there it sat, collecting dust. As my musical tastes started to vary and I dug deeper into my CD collection for those I hadn’t played recently, I came across this disc and decided to give it another listen. Maybe the moons had aligned themselves just right with the stars but this was exactly what I was looking for!

When rock was getting grungy this was a breath of fresh air. At this point I had no idea who John Corabi was or where he came from but his vocal style soon grew on me. It was a sound similar to something I had heard before – whiskey soaked, cigarette burned, gravel swallowing vocals yet with a much more polished delivery. His ability to blow your hair back on “Smoke The Sky” (even while gagging on a puff) was every bit as good as his anti-pretty boy rendering of the ballad “Misunderstood”. “Uncle Jack” and “Hooligan’s Holiday” received limited radio play on America’s rock airwaves as heavy metal taps started to sound from Seattle. Not even the solid rocker “Welcome To The Numb” with its hint of swagger could avoid being smothered in an avalanche of flannel.

Championing this disc as best I could I ended up losing it in the process. When I went to purchase it again it had been reissued with three new tracks. While none of the new tunes are extremely noteworthy one way or the other, the banter captured between songs is amusing to say the least.

If you’re looking to fill in your Mötley Crüe back catalog and want to hear more of Vince or tunes like “Smoking In The Boys Room”, I’m pretty comfortable in saying you probably won’t like this CD. If you’re looking for a straight-ahead hard rock, heavy metal recording that just happens to have the musical talents of Mötley Crüe backing a relative unknown, then you will love this disc. Had this band taken their cues from some of today’s successful merged groups they quite possibly could have been huge. All in all this is a great hard rock CD.