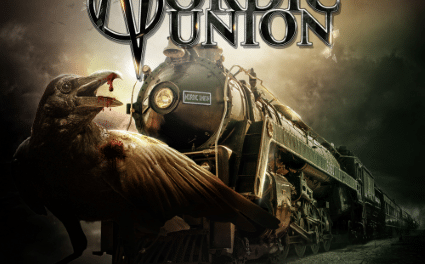 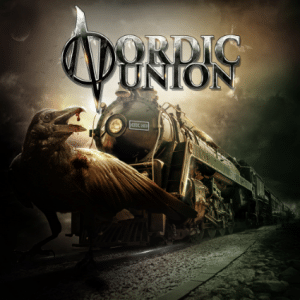 Review:
Frontiers Music srl president Serafino Perugino has been bringing together more and more artists from his vast roster to combine for strong collaborations which naturally get released under the Frontiers Music srl’s banner. Nordic Union‘s self-titled debut album may well be the benchmark going forward for these various collaborations forged by Perugino.

What happens when you combine the classic heavy metal voice of Pretty Maids‘ long-time lead vocalist Ronnie Atkins with young hotshot producer and songwriter Erik Martensson of W.E.T. and Eclipse fame? You get one heck of a melodic rock debut album — that’s what you get! If you like H.E.A.T. and Masterplan, odds are that you are going to enjoy Nordic Union‘s self-titled debut album. The songs that can be found on Nordic Union are certainly catchier and more commercially accessible than what Atkins has come up with in Pretty Maids but the tracks retain Atkins‘ at time gritty voice. Every track on Nordic Union is a good one. While there is no question that I am not the biggest fan of keyboards and certainly not when they are front and centre on all the songs, the keyboards on Nordic Union blend in really well with the rest of the instrumentation. My hat goes off to Martensson who ended up playing lead guitar, bass and keyboards on the album, and delivers some scorching guitar solos on just about every track that he plays a solo on.

The band — or perhaps Frontiers Music srl — has chosen wisely with which tracks to release first as “The War Has Begun” and “When Death Is Calling” are two of the best songs on Nordic Union. Other favorites of mine on the album include “The Other Side” and “Point Of No Return.” In terms of melodic rock, it doesn’t get much better than Nordic Union‘s self-titled debut album. This record should be on every melodic rock fan’s short list of albums to pick up in 2016 when it’s released.