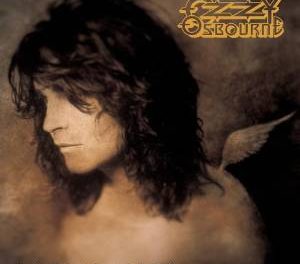 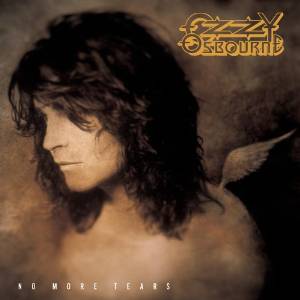 Review:
So it was on September 17, 1991 — 25 years ago — that Ozzy released what is arguably his most successful album, No More Tears. If I recall correctly, I had to borrow (read steal) this cassette from my girlfriend’s sister because I was in college and didn’t have the money to buy it myself. Ahh, good times.

No More Tears quickly went double platinum in Canada and eventually hit quadruple platinum in the USA. That’s over four million albums sold in North America alone! This enabled No More Tears to reach the same plateau as Ozzy‘s equal but different first release, Blizzard Of Ozz. No More Tears also spawned four songs, which reached the top ten of the USA, including “Mama I’m Coming Home” and “I Don’t Want to Change the World.”

As I sit here listening, it occurs to me that if you’ve never heard the whole album, the songs “No More Tears” and “Mama I’m Coming Home” probably form your opinion, based on radio play alone. That’s a shame. Not that they are bad songs by any means but just not representative of other stuff on the record. The album’s most likely popular song, and a fantastic stomp, was co-written by Lemmy Kilmister and is “I Don’t Want to Change the World.” That song actually won a Grammy for Best Metal Performance (with vocal) in ’94. The killer track beat out Iron Maiden‘s “Fear Of The Dark“, White Zombie‘s “Thunderkiss ’65“, and that iconic song by Suicidal Tendencies “”Institutionalized”  (also known as “All I Wanted Was A Pepsi” updated from the 1983 original).

But then it hits me. As good as “…Change The World” was, the first song, “Mr. Tinkertrain” is a blast. With a creepy intro and a kick ass guitar riff, the album lets you know where it’s headed. Like I said, “I Don;t Want To Change The World” is a wild (Wylde?) ride.  And what can you say about Zakk Wylde? The man knows how to write a mean guitar line. “Hellraiser” is a relatively sedate shuffle, but still hits you with the riffs and pulsing bass line. “A.V.H.” kicks off with a steel acoustic, and then drives the beat home. A couple of songs sound a tad dated after all these years. “Desire” for example starts off well but falls into old-school Ozzy in a not so good way. “Sin” is a mid-tempo filler track that my cassette got tired of skipping. Not to say the musicianship isn’t top notch but just that the material isn’t much to work with. Like “Desire”, “Sin” and “Don’t Blame Me” have a sound that doesn’t match the rest of the album, or the vibe of 1991.

But what really sold me on this album is “Zombie Stomp.” I’m a long-time drummer, so this track kills me. From the intro, drummer Randy Castillo and bassist Bob Daisley get into a groove. Sounds like they’re all jamming it out for the first time live in-studio. The reality is probably quite different, but let me have my dreams! After about 90 seconds of jamming on a riff, the song kicks in to a wild ride that does stand up to anything Ozzy has done since, including 2010’s Scream. Clearly my fave track on the album.

Yes, Ozzy commercialized this album with several tunes — up-tempo ballads and songs that were a little too radio friendly. But who could blame him for trying to hop on the metal bandwagon… cashing in on the rock explosion before the ultimate flame out that was grunge, really swooping in exactly a week later with Nirvana‘s Nevermind.

Ozzy‘s sixth studio album, No More Tears, falls between anthemic Blizzard Of Ozz and depressing Ozzmosis era Ozzy (“Perry Mason” — really?). Check it out in a record store somewhere, or download it online. Faced with such tough competition in 1991 from Van Halen, Skid Row, Tesla, and other metal acts, No More Tears holds its own and is well worth the listen.

Ozzy Osbourne‘s “I Don’t Want To Change The World” video:

“I Don’t Want To Change The World” recorded live in San Diego 1992 taken from the ‘Memoirs of a Madman’ 4.5 hour double dvd set available at http://bit.ly/memoirsdvd now!