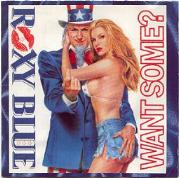 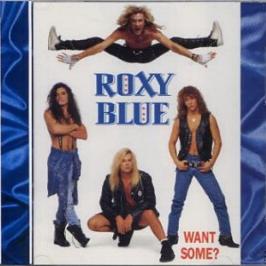 Review:
Want Some? is the one and only release from this talented Tennessee quartet. The album has an abundance of rockers such as “Too Hot To Handle”, “Rob The Cradle”, “Main Attraction” and a killer cover of The Who‘s “Squeeze Box”. Of course no hair band would be without the heartfelt ballad, and in this case it is “Times Are Changin'”.

Roxy Blue didn’t really have an image or sound to call their own, but their songs were so damn catchy it didn’t really matter. The group deserved more recognition, but aside from “Rob The Cradle” appearing on MTV a few times, grunge had started flooding the mainstream and bands such as Roxy Blue were doomed. However, Want Some? is still full of guilty pleasures, and it gets two thumbs up!