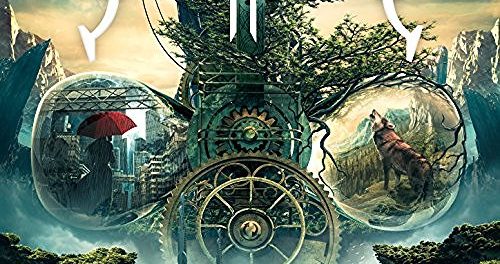 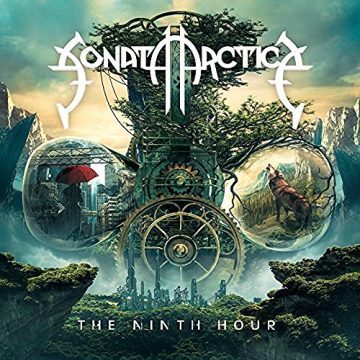 Review:
I clearly remember the first time I heard about Sonata Arctica. It was back in the year 2000 after they released what is arguably one of the best melodic power metal debuts of all time — their album Ecliptica. I couldn’t believe my ears. The powerful energy of every single song on that album was just astonishing.

Fast-forward 17 years and nine studio albums (including this one, hence the name, or a part of it, at least), Sonata Arctica have had some ups and downs along the way (what band hasn’t?) but they have managed to remain pretty solid and consistent along the way. This is in no small part due to the driving force of singer/songwriter Tony Kakko and his uncanny ability to create great melodies.

It’s well known to anyone who’s been listening that their style has somewhat changed, especially from the aforementioned full-force power metal of their early days. In the last decade, Sonata Arctica have sounded a lot more like a symphonic power metal version of Meat Loaf and although they’ve lost some fans along the way for that — the more purist ones — I’m still into them. They create good to great music and still deliver the occasional heavier songs mixed in.

The Ninth Hour is another step up from recent releases, filled with much more powerful and complex songs, many mixing progressive and symphonic elements at times. The songs are all good. “Closer To An Animal” mixes strong heavy riffs with a progressive feel throughout the song, a great bridge, and an impossibly grandiose chorus. The very melodic single “Life” has the sing-a-long familiarity the band is known for.

The folkish ballad “We Are What We Are” is a very enjoyable song that lets Kakko‘s voice shine and delivers another great chorus. The piano and fairy tale turned sour elements of “Till Death’s Done Us Apart” make it a personal favorite of mine. “Rise A Night” is the fastest song, at times reminding me of the old days of the band, power metal with solid drumming, heavy guitar riffing, very audible even with the ever present keyboards.

The epic “White Pearl, Black Oceans Part II – By The Grace Of The Ocean” brings all styles back and, in my opinion, should have closed the album because the very last track “On The Faultline (Closure To An Animal)” is sort of a very slow reprise of the first track, which makes it very anticlimactic at over five minutes long.

The lyrics return to the recurring themes that Kakko is known to explore, the relationship between humanity, nature, and all creatures of the earth. Much better explained in his own words when he was asked about the album cover: “The background is like an Utopia where everything; nature and human technology are all in harmony in the lands. Then you have this hourglass contraption there — this knob. This knob is something that we are meddling with by all the choices we are making, destroying and polluting this planet of ours. Eventually, all that meddling will cause the hourglass to turn in one or another direction where it’s destroying one of those futures or destroying the other. What we are then facing is either dystopia, where nature is gone and we are just living in misery, then the other option is not really much better for humans because we have annihilated ourselves in that option. All that’s left is nature that’s finally had a chance in healing itself because we are no longer hindering it.”

All in all, for me, The Days of Grays is Sonata Arctica‘s best album since Silence. In recent terms, Stones Grow Her Name was a mixed bag with some plain bad songs on it (but some good ones too), and Pariah’s Child was much better, but still not great. The Ninth Hour comes closer to the greatness of The Days of Grays, so in the end — despite the mishap of the overlong last song, it’s a very good melodic metal release.