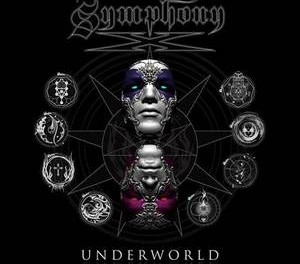 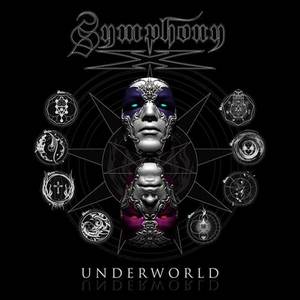 Review:
Ever since early albums like V: The New Mythology Suite and The Odyssey, Symphony X have been a reliable source of high quality progressive metal, delivering greatness album after album. But to this humble reviewer’s ears, with Underworld, they’ve outdone themselves on every respect.

My first CD from Symphony X was The Divine Wings of Tragedy, back in the ’90s when I was discovering all these amazing bands and I have to say that I didn’t love them instantly like other acts that I was being introduced to — not until three years later when V was released that is. Oh how I loved that album, and still do. From then on, I’ve been a fan, even though I’ve liked some of their releases more than others. This album just works for Symphony X to take that next step ahead given that it balances better than ever the heavy stuff while keeping their style and identity that has brought them to the forefront of the genre.

After the overture, “Nevermore” gets things in gear with all the usual Symphony X signature moves: speed, technical virtuosity, roaring vocals from the incomparable Russell Allen and a solo from Michael Romeo. “Underworld” follows with a great double tempo attack and the signature but never less impressive versatility from Allen along with a magnificent back and forth between Romeo and Pinnella on keyboards. We get a bit of everything with Underworld: “Without You” and “Swansong” are slightly slower songs, and what can be considered a ballad in this genre. The first boasts a combo of electric and acoustic guitars and the second some amazing keys, both of which makes each of them great and memorable.

“Charon” and “To Hell and Back” have the changes of pace that make Allen shine, alternating between roaring to calm melodic singing with an uncanny ease. As if we didn’t already know how great he is, this year alone he’s impressed us twice with his vocal range on Level 10 and the new Allen/Lande. “Kiss of Fire”, “In My Darkest Hour” and “Run with the Devil” are perfect examples of heavy and fast while being very melodic, which as I mentioned earlier is what makes this album so impressive and something that hopefully will be retained on future albums. “Legend” closes the record and it’s the most traditional Symphony X song featured which made it the perfect farewell. I must mention too, that the drums are exquisitely performed by Jason Rullo throughout all songs, and the same goes for bass player Mike Lepond who delivers on every opportunity.

To summarize, Underworld is just superb and well balanced all around. You would do well to go get it if you haven’t already!