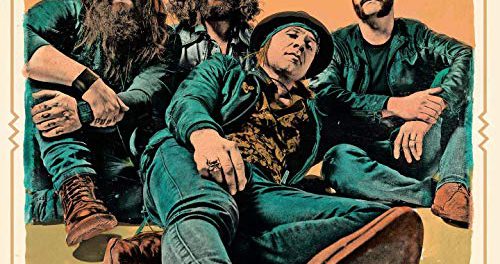 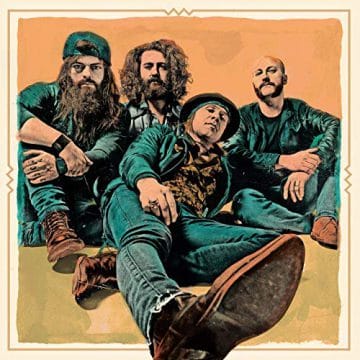 Review:
I’m always on the hunt for great new rock n’ roll, and by rock n’ roll, I mean body stirrin’, soul shakin’, heart poundin’ rock n’ roll, not beat yourself down nineties alternative, grunge, new metal. All that’s cool but I like my rock and roll with a bit more life if you can dig and my ongoing hunt for rock n roll is more than likely how I found my way to Sleaze Roxx a few years back. After all, how many places keep fans up to date on their fave old hard rock bands while tuning in on a new batch of up and coming rockers? Funny thing is that despite being brought by a mom born and raised in Northern Italy and spending a good bit of time there, my search for good rockin’ bands has led me pretty much everywhere — Canada, North and South America, the UK, even Germany — but Italy. Yeah, maybe as a singer myself, it’s the accent when Italian bands attempt to sing in English. Honestly, I don’t know but I prefer the few Italian artists I dig to vocalize in their native tongue. Imagine my shock when the hunt stumbled on not only a killer new Italian rock band, but one featuring the former frontman of an Italian band I already loved but always thought was Swedish!

Formed after achieving success with Small Jackets, The Lu Silver String Band is the rock n’ roll heart path of guitarist / vocalist Lu Silver. Supposedly, Silver wanted a bit more South, soul, and heart in his rock and roll but after just one listen to Rock ‘N’ Roll is Here to Stay, most of the styles that made Small Jackets a killer rock n’ roll band still take up wonderful space in the music of The Lu Silver String Band. So OK, in some places, the tunes do lean a bit towards sounds more in the vein of The Quireboys, The Georgia Satellites, even The Dogs D’Amour but bottom line, it’s still split the middle of the road raw rock n’ roll.

While the band’s great take on Stevie Wright‘s “Hard Road” may have been punched out as the album’s first single / video, it’s the remaining nine original tracks that truly make Rock ‘N’ Roll is Here to Stay worth checking out. Yeah, the Italian accent is there but it makes Silver‘s delivery way more charming than anything and the music? Tunes like opener “It’s Difficult” just sweat rock and roll that lies somewhere between very early Humble Pie, Grand Funk Railroad, and yes, The Quireboys and The Georgia Satellites. Also, immediately noticeable is the warm sound of the recording. Every instrument from Matt Drive‘s punchy foot tapping drums to El Xicano‘s various contributions on bass guitar and keys, plus Silver‘s own guitar make for a clear yet raw rock n roll bed for Ale Tedesco‘s snuggled up lead guitar. Toss on Silver‘s vocal swagger and the contagious anthem grooves of tracks like “Miss Sugar”, “No More Time”, the Grand Funk sounding “We Are Monkeys” and full on rockers like “Radio Star” and “Reputation”, and what you got is a loaded blast of great rock.

Rock ‘N’ Roll is Here to Stay is not just an album full of fist pumping sing along anthems but tons of air guitar moments as well. Not just a great Italian rock album but a kick ass rock n roll record PERIOD! But while loaded with tunes fit for a sweaty rock stage, Rock ‘N’ Roll is Here to Stay also has its arm waving pour your heart out spots a la soulful ballads “I Got You” and “In a Broken Dream”, both tracks sure to captivate fans of bands like The Quireboys, Tesla, and even Thunder. Silver‘s smokey voice lends just the right amount of soul and yearning to give both tracks an emotional blast perfect for feel-full power ballads. Yeah, the marriage between words and music makes for a powerful beauty that’s tough for fans of such heartfelt tunes to resist.

So OK, I’ll admit that even now I find it a bit strange to find such great raw stagger and swagger rock n’ roll coming out of Italy. “Whiskey rock n’ roll” I like to call it but if you think about it, there’s a sort of old world romantic vibe to bands like The Quireboys and before them, The Faces, so why shouldn’t a whiskey drenched sounding band come out of the romantic mountains, vineyards, and cafés of a country thought of as one of the most romantic. Yeah, the land of Romeo and Juliet, and who says that Romeo never made Juliet‘s heart beat faster with a sweet serenade? After all, she was his Miss Sugar.

The Lu Silver String Band – Hard Road from the album “Rock’n’Roll Is Here To Stay” (©2019 Go Down Records) This song is a genuine tribute to amazing “Hard Road” by Stevie Wright.