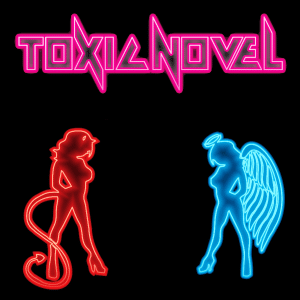 Review:
Toxic Novel are a new band out of Sao Paulo, Brazil. These guys are relative puppies with the oldest being 22 and the youngest at 17. That doesn’t stop them from providing some interesting listening. Toxic Novel’s five song EP is where every band needs to start, and I think they’re doing quite well. Sure, the production isn’t great, but the songs themselves sound solid. Some intrepid producer will have their hands full with this band.

The young Junior Degas has a real Nick Walsh (Moxy, Slik Toxik) sound to him. The guitars shred on “Sexy Girl.” The next song “Take A Bite” shows me these guys have learned something from their predecessors. Here’s a hard fact. No one in Toxic Novel was alive in the ’80s but they’ve latched onto the sound, feel, and attitude like guys twice their age. “Mystic Paradise” slows down considerably, with an acoustic guitar as a power ballad offering. Degas‘ presumably Portuguese accent is a bit of an issue with his slower vocals. It’s difficult trying to understand what he is saying and particularly for the chorus portion of that song. Nevertheless, is still a nice little tune. Crunchy guitars stand out on “Wild Generation” and it has a sleazy feel to it. Finally, “I’ll Give You My Heart” is more mid-tempo, but again with an insight into what it really means to play quality rock n’ roll.

Overall, Toxic Novel have got potential and can do even better if given the chance. I wish them luck in their future endeavours. Sleaze Roxx will be watching with interest.