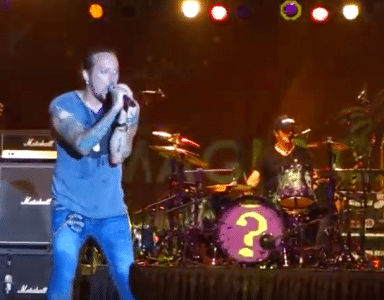 Gibbs advised that he was no longer in Devil City Angels as he posted the following comment: “Hey all! I moved on… Fun band but inactive” and Sleaze Roxx posted an article titled ‘Singer Brandon Gibbs moves on from Devil City Angels as finds band inactive’ via Facebook in that regard.

Gibbs‘ comment appears to have caught his former Devil City Angels bandmate and current Poison drummer Rikki Rockett by surprise as Rockett posted the following comment earlier today via Facebook (which has subsequently been removed): “The band went inactive because I got cancer. These guys couldn’t wait around. I’m clear now, so maybe it’s best to move on without Brandon Gibbs?”

This sparked a few back and forth comments between Rockett and Gibbs which included:

Rockett: “Brandon Gibbs Tough to get you to leave Iowa without a pay stub.”

Gibbs: “This literally made my day! Lol! Dude really??”

Gibbs: “Rikki Rockett I’ve never seen someone complain about money, perception and 1st class tickets as you. To the point where it gets in the way of doing anything. Leaving my house to record and tour was an investment NOT a “pay stub.” You record, tour and meet your fans new and old, the “tour” part is completely out of the question as I learned and trust me I did try!

So to take a stab at me with a money angle is down right lame as hell.

I’ve canceled more things with you than done because of money, Eric, Rudy, Tracii have all been rockin and moving forward but I suppose I’m an exception to the rule… Get real.” 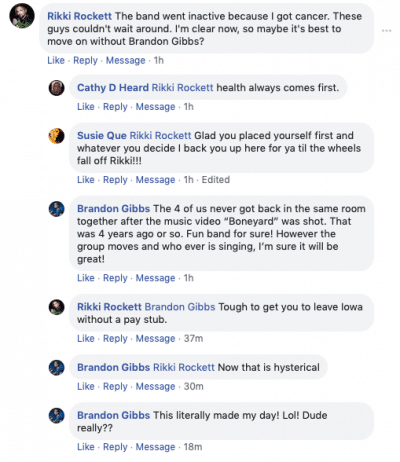 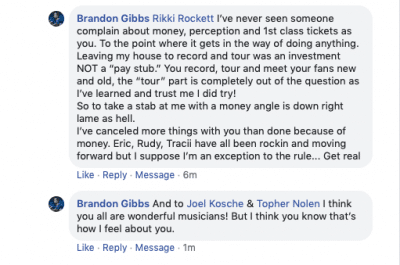