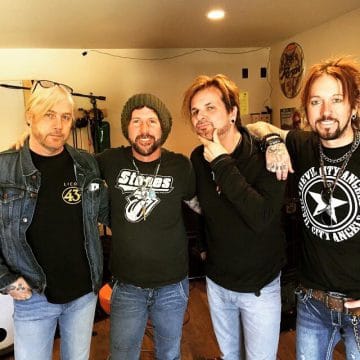 The group released its self-titled debut album in September 2015, which finished at #6 on the Sleaze Roxx’s Top 20 Albums of 2015.

In January 2017 and with guitarist Tracii Guns busy in 2017 with his L.A. Guns version, it appeared that three quarters of the original line-up for Devil City Angels had reunited to form Lords Of Devil City. Drummer Rikki Rockett (Poison), singer Brandon Gibbs, bassist Eric Brittingham (Cinderella) had apparently joined forces with guitarist Joel Kosche (ex-Collective Soul) to form Lords of Devil City and the new group had a couple of gigs lined up.

About a week later, Lords of Devil City rebranded themselves as Devil City Angels.

“Hey all! I moved on… Fun band but inactive.” 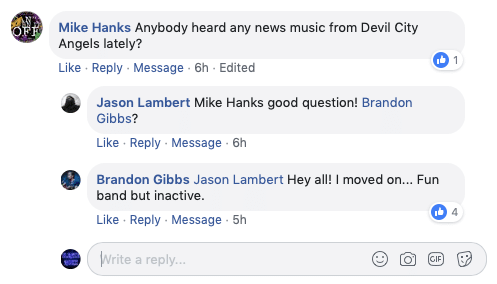