The third time was not a charm as TNT lead vocalist Tony Harnell has left the group after a third tour of duty.

The following message was posted in part on TNT‘s Facebook page earlier today (with slight edit): 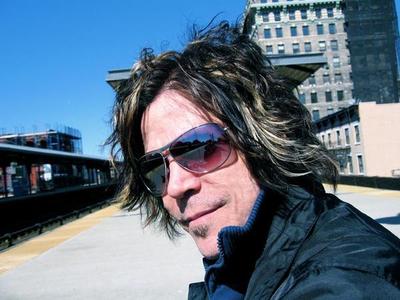 After a 35-year career…with a few scattered breaks and temporary line-up changes in that time, it is with a heavy heart that the remaining original members of Norwegian rockers TNT have made the decision to move on in separate musical directions. The band’s management team expressed how extremely difficult this decision was for the band… “There is no easy way to break up a family”

Being together for so long…even though separated by an ocean, they became brothers. Ronni, Tony and Diesel wish nothing but the best for each other and will always be there for each other…although not musically.

TNT will continue with a new vocalist and new release through Frontiers Records to be announced very soon. The band will then commence international touring in early 2018 in support of the new release.

Tony will immediately start work on a new Starbreaker album, its third, also through Frontiers Records. A solo release is also in the works. Tony will start touring worldwide early in the new year, with Starbreaker shows planned after a solo tour. 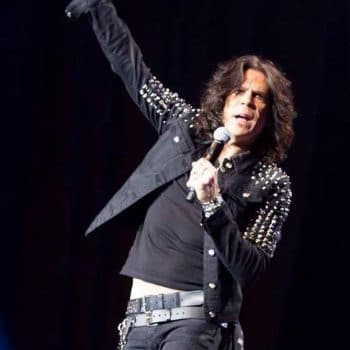 You will all be hearing great music from them again very soon!!

“… In August 1983, bassist Morty Black replaced [Steinar] Eikum, and the following year American vocalist Tony Harnell replaced [Dag] Ingebrigtsen, making his debut on TNT‘s second album, Knights of the New Thunder. His unique and powerful 4 octave range was the final element the band needed to break out of Norway and into the world market. The album was a huge success in Scandinavia and the band then was offered a worldwide deal with Mercury/Polygram worldwide out of New York. Knights was then released in the U.S. in 1984 and the video for “Seven Seas” got heavy rotation on MTV and the album entered the billboard charts.

That line-up recorded one more album, Tell No Tales, in 1987, before Diesel Dahl parted company from TNT the following year after some turbulent times within the band. Tell No Tales produced TNT‘s biggest hit, the single “10,000 Lovers (In One)”. Tell No Tales marked a slight change in sound from melodic Euro-metal to a more palatable hard rock style, with Le Tekrø and Harnell gaining a reputation as a talented duo. The album was the best selling release in Norway and Sweden that year (outselling hugely popular artists like Michael Jackson and Def Leppard). Tell No Tales also saw the band establishing a mainstream following in Japan and the U.S. Promotional Videos for “Everyone’s a Star” and “10,000 Lovers (In One)” were featured on both European and American MTV. They were also featured on Headbangers Ball. The band supported Stryper on a sold out arena tour in the U.S. followed by a tour with Twisted Sister and Great White as well as headlining shows in large clubs in the U.S…. 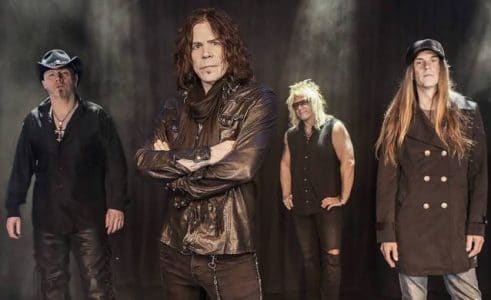 Tony Harnell left the band in April 2006 for both personal and professional reasons, although his final show was on June 30, when TNT played the Polar Rock Festival in Storsteinnes, Norway. He was replaced by British hard rock singer Tony Mills (of UK act Shy, coincidentally supporting TNT for Harnell‘s farewell show)….

TNT‘s concert at Sala Heineken in Madrid on September 17, 2011 was filmed for a future DVD release. TNT celebrated its 30th anniversary by playing one concert at the Clarion Hotel in Trondheim on June 2, 2012, where they performed with the Trondheim Symphony Orchestra as well as both former vocalists, Dag Ingebrigtsen and Tony Harnell, and one concert at Rockefeller Music Hall in Oslo on November 17, 2012, where they performed with Ingebrigtsen and original bassist Steinar Eikum….

Victor Borge left TNT in December 2012 to pursue another project. In March 2013, TNT announced that bassist Sid Ringsby was back in the band. In August 2013, Tony Mills announced that he had decided to leave TNT to pursue solo projects….

On October 17, 2013, Harnell confirmed that he had rejoined TNT, stating, “I’m very proud of all we accomplished over the years and proud to have written and recorded all those great songs with my brother from another mother, Ronni Le Tekrø. Sometimes it’s just time to give the fans what they’re asking for.” Shortly after Harnell‘s return, long-time bassist Victor Borge also rejoined the band after a year’s absence. The band announced several dates in Norway, Sweden, Finland, Germany and Japan from January through to August 2014 and these shows would be the first with Harnell since 2006.