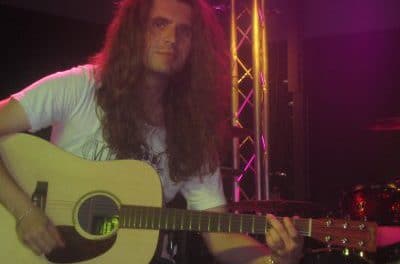 Station guitarist Chris Lane was recently interviewed by Russia’s Good Times Rock and spoke about his band playing at big festivals like Rocklahoma in Pryor, Oklahoma, USA and the M3 Rock Festival in Columbia, Maryland USA. 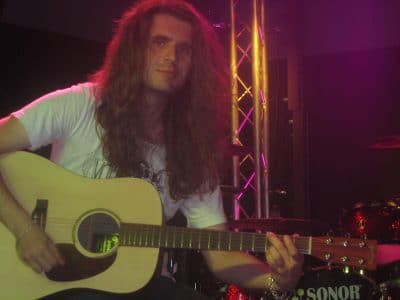 Lane stated: “Every festival is a very different experience. It’s hard to say what’s better. For Rocklahoma, we have played that festival three times. It’s a really cool experience to be in a large area with maybe 40 bands in one day, multiple stages, quick on and off and lots of music all around you. That said, M3 was at a venue with 6-8 bands where everyone played on the same stage on our day, so it was a much less hectic environment. At M3 though, I experience what it was to have a pool backstage. That is something I wil never forget.”

In terms of the highest and lowest points while touring and which markets that Station consider important or interesting, Lane advised: “Every market is important to us. We have played in Canada, but plan to leave the continent next year. For me the high point of our touring experience was a show in Columbia, MD before we had played the M3 Festival (which is in Columbia). We were on stage and the venue has the lights on the audience, so I can see them. We were playing and I noticed that the majority of the crowd was singing along to the songs , every single word. It was amazing because it was totally unexpected. I would say the “low point” of touring has been when we hit a technical issue on the road. It’s scary when you have bus trouble. We own our own bus, so we maintain it and such. We have broken down before and it’s tough because most of the times you have no idea where you are and what’s around, let alone the nearest place to get it fixed.”

You can read the rest of the interview with Lane at Good Times Rock.