Faced with potentially having to cancel more tour dates or keep performing as a trio, Stryper have elected to perform their next upcoming tour dates with guitarist Howard Simon temporarily filling in for guitarist Oz Fox while the latter continues his recovery from his medical emergency in early August 2018 that has left him unable to drive or fly (and therefore unable to tour) for a certain period of time. 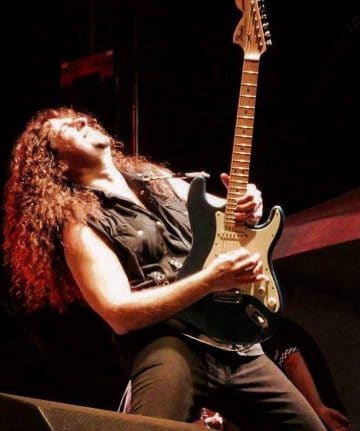 Tuesday, September 4, 2018 — After heavy touring for the first part of 2018, Stryper will return to the road this fall for the second half of their God Damn Evil World Tour. And there is good news for Stryper fans… guitarist Oz Fox intends to return to the road for most of the dates this fall.

This has been a challenging summer for Oz and his bandmates. On August 11th, Oz suffered a medical emergency while performing with a side project in Las Vegas. An on-stage seizure led to the discovery of some previously unknown “spots” on the brain. Oz has been released from the hospital, although additional testing and treatment will be necessary. However, he should be released to work this fall while his medical team decides the best course of action moving forward. You can view Stryper‘s original statement here: http://prez.ly/IwM.

Oz was forced to sit out the Australia tour dates earlier this month, and he’ll miss the September dates as well due to air travel restrictions from his doctor. However he intends to rejoin Stryper on the road in October. Oz handpicked Los Angeles-based guitarist Howie Simon to fill in for him on the September dates, allowing Oz additional time to rest and recover. Simon will be a familiar face to many Stryper fans with performance credits that include Nelson, Jeff Scott Soto Band, Scrap Metal, Talisman, Eric Martin Band, Winger and more.

“Howie Simon and I have been friends for well over a decade now,” says Oz. “It is great to have him help us out and fill in for me while I am in recovery. I am looking forward to catching some fan videos of him online. He’s an excellent performer and his guitar playing outranks so many in the business. In my opinion, it is very important for the band to fulfill dates that have been booked for so long. I am thankful for the continued support of the fans while my Stryper family and I face this detour in my career, and I look forward to seeing many of you on the road in October and November.” 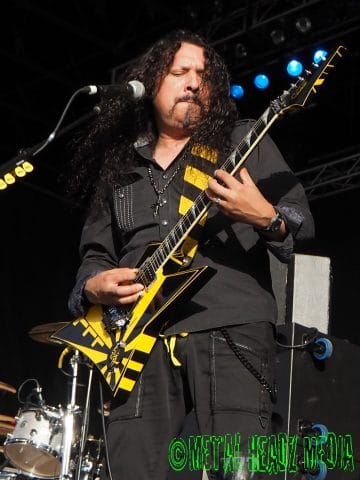 “We appreciate all the support, thoughts and prayers from everyone at this time,” says frontman Michael Sweet. “We look forward to having our brother Oz back as quickly as possible. We’re also very grateful to Howie for working so hard learning the material and parts to be able to sit in with us for the time being. We’ll do our best to bring you the absolute best show possible until Oz returns.”

Stryper continues to dominate the hard rock/heavy metal scene with the their critically-acclaimed tenth studio album, God Damn Evil – released in April via Frontiers Music srl. Rocking since 1984, Stryper is responsible for such classic ’80s metal albums as Soldiers Under Command, To Hell With The Devil and In God We Trust. In fact, Stryper is the first band to ever have two songs in MTV’s Top 10 simultaneously with their hits “Free” and “Honestly.” After a sabbatical for much of the 1990’s, Stryper returned strong in the early 21st century. To date, the Dove Award-winning and Grammy-nominated band has sold over 10 million records worldwide.

God Damn Evil is available now wherever you can buy or stream music: http://radi.al/GodDamnEvil …