Christian rockers Stryper have announced that they will be taking a hiatus to evaluate things after the completion of their 30th year anniversary tour in celebration of their 1986 album To Hell With The Devil. 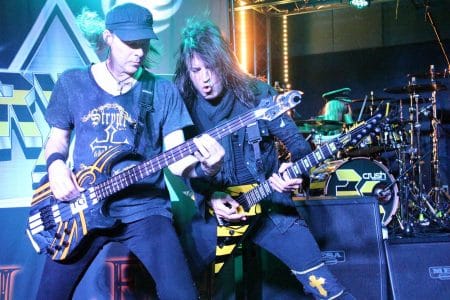 “As many of you know, we are preparing a tour to celebrate the 30-year anniversary of To Hell With The Devil. Although we’re extremely excited about this tour, our band and ministry is facing a crossroads for a variety of reasons, including some personal matters affecting our bassist, Tim Gaines that have affected the unity of our band.

As a result, upon the conclusion of this tour, we have decided to take a hiatus to allow each band member to think and pray about the direction of the band going forward.

We believe the right thing to do is to be open with all of you so we can continue on with integrity and put to rest any false rumors and accusations. We also believe we must honor our commitments in moving forward with the tour.

The name “Stryper” is very important to us. What (and who) it represents is even more important. We take what we do very seriously as a band and ministry and we believe it’s our duty to take this hiatus based on our faith, so we can move forward in the right way. 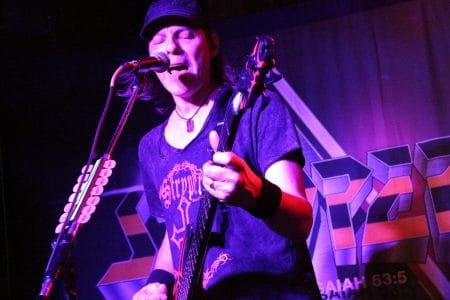 We do appreciate your thoughts and prayers.

God Bless you all,

Since then and earlier today, Stryper posted another message on their Facebook account to answer certain concerns emanating from their announcement yesterday:

To adress a few concerns regarding our most recent statement:

2 – We felt the need to make a statement based on a multitude of emails, texts, private messages and phone calls. Because of this, we felt that the right thing to do was to make you all aware of the situation before the tour rather than start the tour based on false rumors, speculations and gossip. We respect you all and you mean everything to us so we wanted to at least present a statement that would put to rest (at least to some degree) all the here say. 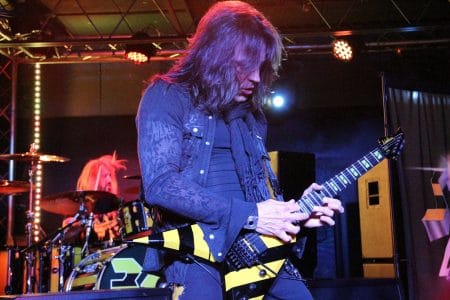 3 – The tour IS continuing. We are NOT canceling or postponing the tour. We made this decision based on honoring our commitments, as originally planned, with the original lineup.

4 – Stryper is not breaking up. We plan to take some time after the tour to reevaluate things and at the right time, we will proceed. There is more planned and we are looking forward to that.

5 – As stated, we are a ministry every bit as much as we are a rock band. Because of this, we have to deal with things accordingly and biblically. We’re not perfect, but we are accountable to God and each other. At least we should be. That’s not to be taken lightly or passively.

6 – Before you comment and respond emotionally, please understand that we have thought, prayed, talked and counseled with others for weeks about the right way to handle all of this. Our decision to release a statement with the content that it contains was based on patience, wisdom and honor. We’re trying to do the right thing. That’s all we can do.

Here’s to a great tour and God Bless you all!

The group’s To Hell With The Devil Tour currently runs from September 29, 2016 to November 21, 2016. It is not known whether Stryper will be extending the tour past November 21, 2016 and taking into account the two aforementioned recent statements from the band.