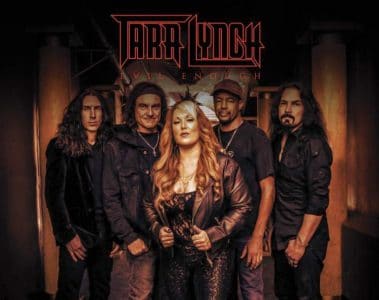 “Tara Lynch (aka “Gui-Tara”) is a guitarist, composer, vocalist and songwriter who delivers heavy metal thunder with prominent melodic guitar riffs, shredding leads and powerhouse vocals. Tara will be releasing her debut album “Evil Enough” this April on Friday the 13th.

Says Tara, “The entire ‘Evil Enough‘ album is a musical autobiography. Very often, the term ‘blood, sweat and tears’ is used as a metaphor to describe the work one puts in to something that they are 110% invested in. This would be an accurate metaphor where I am concerned. It has been a tremendously emotional journey into my own soul in order to both write the lyrics that explain my experiences, as well as write the melodies to convey the feelings involved within each experience.”