The Dead Daisies release “visualizer” video for single “Rise Up”

The Dead Daisies featuring former Mötley Crüe frontman John Corabi and ex-Whitesnake guitarist Doug Aldrich have released a “visualizer” video for their sing “Rise Up” from their upcoming new studio album Burn It Down, which will be released on April 6, 2018. 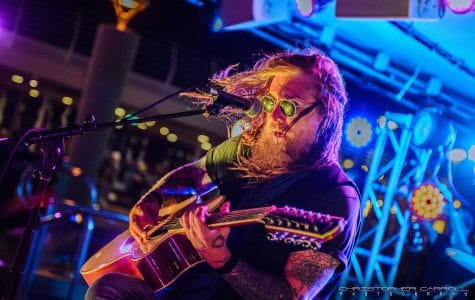 Enjoy our brand new song “Rise Up” off the upcoming album “Burn It Down” with this awesome visualizer we made overnight!

Turn it up, spread the word, and stay tuned for the official music video to land next week! +++

Influenced by 70’s and early 80’s hard rock, The Dead Daisies sound is soulful and accessible – equal parts of The Faces, Aerosmith and Foreigner: muscular vocals, bluesy riffs, big choruses, powerful melodies and strong hooks. With stellar musicianship and pulverizing live shows, fans across the globe are discovering the band that is bringing back Rock & Roll!

The current incarnation of The Dead Daisies is taken from a musical collective created originally by a rotating line-up that has left their mark on the high-class brand of Rock & Roll the band is known for. The band features in their ranks some of the finest Rockers on the planet, among them one of the premier lead guitarists of this day and age, Doug Aldrich (Whitesnake, Dio). He completes a powerhouse lineup consisting of charismatic singer John Corabi (Mötley Crüe, The Scream), bassist extraordinaire Marco Mendoza (Thin Lizzy, Whitesnake), the groove machine Deen Castronovo (Journey, Bad English) and bringing the thunder from down under, Australian rhythm guitarist David Lowy (Red Phoenix, Mink).”

Sleaze Roxx contributor Ruben Mosqueda recently interviewed John Corabi who commented how fast the latest Daisies album was put together. Corabi stated: “It’s pretty insane, dude! It’s the one thing that everybody comments on. They’re like “You guys just literally finished the tour and you’re back at it.” I’ve actually never been in a band that works like this band works. When we did The Scream record [‘Let It Scream’], we took a year to write. The ‘Mötley’ record took a year to write. With this band, we go into the studio on average and take about five weeks. We’ve done this with the three studio records. We go in with no ideas at all — just some riffs — and the riffs that people gravitate toward are the ones that are to become songs. We begin tracking them and even while we’re tracking them, we’re tweaking them. So we’re writing, recording, mixing, mastering and we even get the artwork done in those five weeks. So it was relatively quick — as usual [laughs]!”

The Dead Daisies – Rise Up (Visualizer)

It’s time to Rise Up! 🔥🤘🏼Enjoy our brand new song “Rise Up” off the upcoming album “Burn It Down” with this awesome visualizer we made overnight!Turn it u…