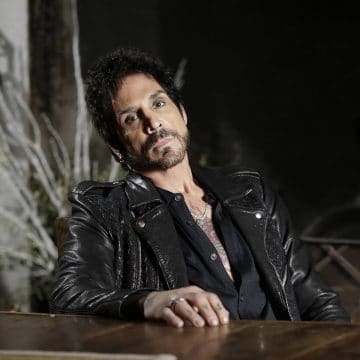 The following message was posted on The Dead Daisies‘ Facebook page earlier today:

“We are thrilled to announce that DEEN CASTRONOVO is joining The Dead Daisies!

He is here in Nashville with us where we are beginning the recording of the new album today.

We’d like to thank BRIAN TICHY who has decided to pursue other projects next year. We wish him all the best in his future endeavours.

We cannot wait for you guys to hear this new album we are working on! It will be a real bone-shaker!!”

Sleaze Roxx stated the following about Tichy in its concert review of The Dead Daisies‘ last stop in Toronto, Ontario, Canada: “The one part that I was a bit ambivalent to was Tichy‘s drum solo. That being said, it was certainly really cool to see how fast that Tichy‘s hands were and funny to see him throw some of his drumsticks in the air but have them hit the ceiling before he caught them on the way down. Clearly, the man is used to playing at bigger venues with higher ceilings! Tichy was also impressive during the part of his drum solo where he used his hands rather than drumsticks. So in some ways, it was great to see Tichy‘s drum solo but I would have still preferred to see The Dead Daisies play an extra song instead.”