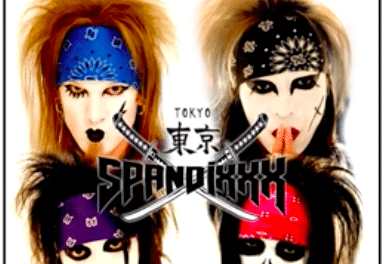 Japan’s sleaze rock bad boys, Tokyo Spandixxx, have released an album trailer for their upcoming new album Give A Loud F*ck, which currently has yet to have a release date. Give A Loud F*ck is the follow up record to the group’s debut EP Kick Big Ass. 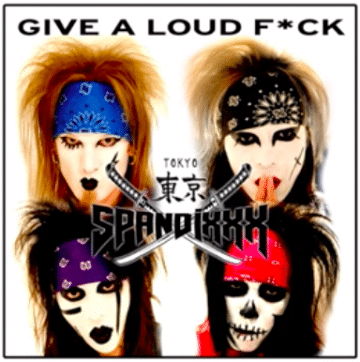 “Tokyo Spandixxx is a professional sleaze rock musical act formed in June 2017 and based out of Tokyo, Japan. The band features a blend of the visual elements of Japanese entertainment and the sounds of western hard rock music.

Inspired by Japanese hard rock and heavy metal, Canadian vocalist Pete Klassen studied the Japanese language with a passion both in and out of university, studied abroad at Wasada University in Tokyo for a year, and eventually made his way back to the land of the rising sun to follow in his favourite artists’ footsteps. While building his career as a session vocalist for television commercials, video game music , and various artists and advertising companies, he soon found himself working alongside many of the musicians who

had inspired him to explore Japan in the first place.

Among these artists, Klassen hit it off with Himawari, the ex-drummer of his favorite Japanese band Sex Machineguns. The two often discussed forming a new project and as the founding members of Tokyo Spandixxx, they soon picked up Panther for guitar duties who is also an ex-member of Sex Machineguns. Bassist and mutual friend YOU would soon jump aboard completing the all star line-up.

Tokyo Spandixxx features energetic, flamboyant performances and comedic lyrical themes about the spirit of rock music, misadventures in a foreign country, cultural and linguistic differences, and the wild energy that unites us as human beings. This is all wrapped up in the philosophy that Japan is not all just cute kitties and salarymen in suits but that underneath the stress and conformity of society, there is a mutual urge to let loose and have a good time. The band believes that rock n’ roll is the perfect vessel to share this enjoyment with the world and bring Asia and the West together in one big party.

As they state in their catch phrase; If you’re gonna give a f*ck, you might as well “GIVE A LOUD F*CK”.”

Tokyo Spandixxx‘s album trailer for Give A Loud F*ck!: