Great news for fans of Tennessee, USA rockers Tora Tora as the group is currently working on new material to follow up its latest studio album Bastards of Beale, for release sometime in late 2020 / early 2021. 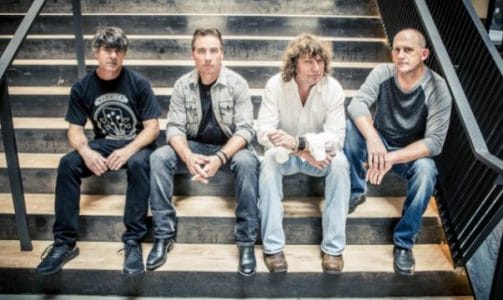 To promote the upcoming Ballroom Blitz Festival that is being held in Glen Burnie, Maryland, USA on March 20 and 21, 2020, Brad Lee Entertainment social media manager Mike Badaracco is “introducing” or providing information on each of the 20 bands that are playing at the festival. In an interview released today via Facebook, Badaracco asked Tora Tora what is on the horizon for the band and the reply was: “We’ll be touring in support of Frontiers release “Bastards of Beale” through summer of 2020. We are currently working on new material for release in late 2020/early 2021.”

In terms of where the Tora Tora band name came about, the group advised: “It was suggested by a band friend Kelly Coffee (Brook-Partridge) and taken from the 30 second intro on Van Halen[‘s] Women and Children First album.”

Sleaze Roxx stated the following in its review of Tora Tora‘s album Bastards of Beale: “I have to say that I am quite impressed with the musicianship on the album. Douglas‘ guitar playing in particular is very good with some solid guitar riffs and solos. Corder, unlike many of his contemporaries, has kept his voice in fantastic shape and he sounds just like he did 30 years ago. The rhythm section of Francis and Patterson is solid on Bastards of Beale and allows Corder and Douglas to shine. My favourites on the the album are “Son of a Prodigal Son” (which reminds me a bit of the Tragically Hip), the peppier “Everbright”, “Giants Fall” despite its underwhelming chorus section, and “Rose of Jericho” which is probably the biggest throwback to Tora Tora in their heyday. Two songs that I could do without is the ballad “Lights Up The River” and the instrumental “Vertigo” which feels more like a jam than anything else. Tora Tora have delivered a solid album in Bastards of Beale, which will likely grow on you each time that you hear it.”