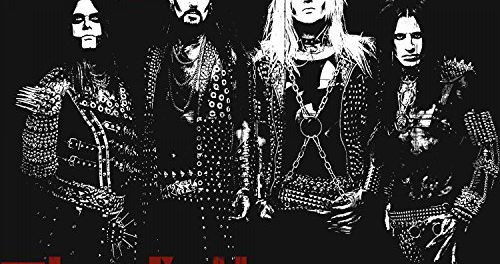 ToxicRose release lyric video for new song “The Fallen Ones”

Swedish rockers, ToxicRose, have released a lyric video for their new song “The Fallen Ones. The single was produced together with Martin Sweet, mixed by Chris Laney and mastered by Claes Persson at CRP Recording AB. 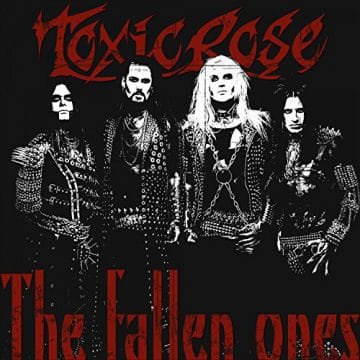 “It has been a long four months but it appears that we now have a worthy contender for the top spot on Sleaze Roxx’s upcoming Top Ten Albums of 2016. ToxicRose‘s first full-length album Total Tranquility is a splendid album mixing old school sleaze with more modern sounds while dabbling in the fury of the musical compositions from the now sadly retired Sister Sin.

With so many sleaze type bands seemingly retiring permanently (or temporarily) in the last year from the already mentioned Sister Sin to the iconic Mötley Crüe to the up and coming Dirty Passion, and others such as Crashdiet seemingly on an extended hiatus, it is simply fantastic to see a band grab the bull by its horns, take the mantle and run with it. Truth is, ToxicRose‘s new album Total Tranquility has more modern overtones than I would usually like but they do what they do so well that it has quickly rocketed as one of my favorite releases of the year. Although I find that the album tails off a little bit at the end starting with the ballad “Because Of You”, the first seven tracks are, song for song, pound for pound, really solid tracks.”

ToxicRose‘s “The Fallen Ones” lyric video:

NEW SINGLE OUT NOW! ‘The Fallen Ones’ is now available on all digital platforms. Spotify: https://l.facebook.com/l.php?u=https%3A%2F%2Fopen.spotify.com%2Ftrack%2F3ChDAgRGMEn1NtzaIGkuc8%3Fsi%3DUA9GjQ-ZTBSfE84I5FjgNA&h=AT21t19rFwFFfFWn9DT21GyNHzc0djpS6g55pU-Uf6KVjsJznZQwySpPxjeCyjeBI-9Kp8sjvcmB-2MhhH31KhPcVqeS9UOUdjbuGH1u-zS9fvkeZy5YKbo83kIICAAa3VTykavHVLY Produced together with Martin Sweet Mixed by Chris Laney Mastered by Claes Persson, CRP Recording AB