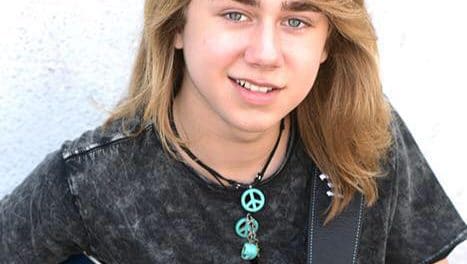 Move over Justin Bieber, there’s a new kid on the block (pun intended) but he’s firmly in rock’s corner, and he might be cuter than you. Griffin Tucker hails from Dallas, Texas, USA and is a 15 year-old musical prodigy who learned to play ten 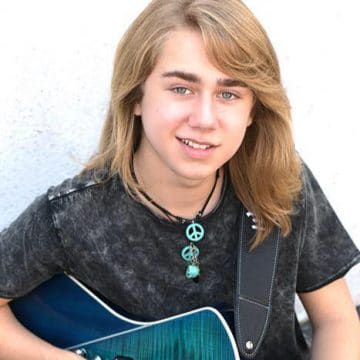 instruments by the time he was 13. Flipping through some YouTube videos reveals him playing lead guitar, drums and also piano covering Buckcherry‘s “Open My Eyes.” Tucker‘s influences include The Beatles, Led Zeppelin, Aerosmith, AC/DC, KISS and Queen.

Tucker‘s “Bio” on his website states (with slight edits):

“With the debut of his new CD, “Believe It“, this 15 yr. old multi-instrumental rock star has given his own style of rock ‘n’ roll to the world!
​
Want to know more? …

Griffin’s been gigging since the age of 8. First, as the drummer in a Beatles tribute band; then he toured with Disney artist Zendaya playing guitar, bass guitar & keys. Next was a KISS tribute band then off to the UK for a show at Westfield Presents in London. Now, since the age of 11, he’s been a solo artist.
​
Industry recognition? …
​
In 2015, Griffin won the coveted Texas Ten Under Twenty Guitar competition at the Dallas International Guitar Show. In 2016 & 2017, he won the FabChart Awards for best song, video & male artist. In 2017, he won Teen Clash Indie Guitarist of the 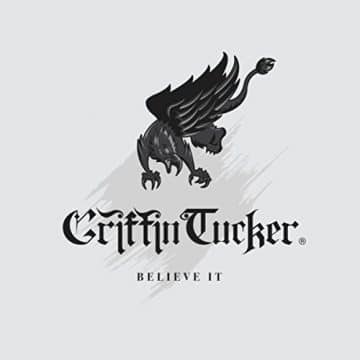 Year in London. Also, in 2017, he was seen on The Voice, nominated for three Josie awards & invited to join the prestigious Brotherhood of the Guitar.
​
If you’ve ever seen Griffin play, you know he’s the real deal – a true rockstar! If you haven’t seen him play, follow him & stay up to date on all his upcoming shows.”

“Believe It”, the title track off of my debut CD, is definitely my favorite original so far! And, because it means so much to me, I decided to release it Oct…