North Carolina hard rockers, 21st Century Goliath, have recently announced that they are working on new material with their new singer Dalton Bowes. 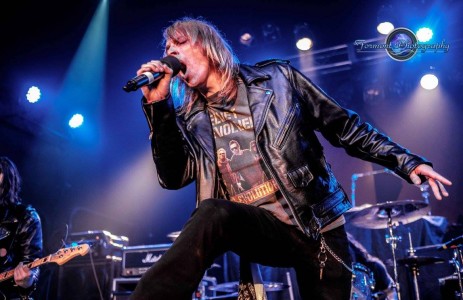 21st Century Goliath made the following announcement on their Facebook page:

“Alright folks! Mark your calendars! We’ll be hitting the studio over the next two months and working on new material with the new lineup! Got some surprises in store for you, and this show [headline gig at Amos’ Southend in Charlotte, North Carolina, USA on March 4, 2016] marks our return to the stage! Advanced tix will be available shortly! We want to see all of our friends out at this one!”

Back on December 5, 2015, 21st Century Goliath unveiled their new lead singer Bowes to the public for the first time during their live performance at a sold out Lincoln Theatre in Raleigh, North Carolina, USA while opening for the legendary Kix along with Automag, Last Call Messiahs and The Fifth. Bowes replaces lead singer Tony Leone who was recently fired from the band by guitarist Scott Roby in the midst of the group’s latest tour through parts of the United States of America.