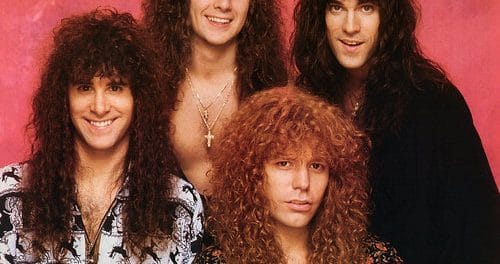 Yesterday marked the 25th year anniversary when Firehouse won the “Favorite Heavy Metal/Hard Rock Artist” award over Alice In Chains and Nirvana at the American Music Awards held on January 27, 1992. 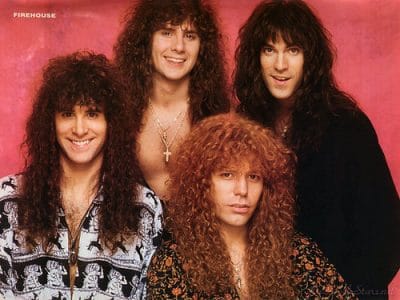 Sleaze Roxx had interviewed Firehouse‘s frontman CJ Snare back in June 2016 and the singer commented as follows after being asked how it felt to win the award over the other bands that fateful night:

“Oh my gosh [laughs]! That was absolutely amazing! We were totally unprepared for it, because, you know there was a cut off point. I remember speaking to Dick Clark about this. I should’ve known because we did a rehearsal in the afternoon and he actually crossed the stage from his podium to shake hands with us. At that time, being the nature of the show, it was totally undisclosed. We had no clue that we were going to win. Of course, he did. So for him to make his way across the stage and personally introduce himself to us and to shake hands with us was really an honor because he’s so iconic in the beginnings of rock and roll and everything. Well, I mean just beginnings! They still do Dick Clark’s New Year’s Eve with Ryan Seacrest. He was really such a strong and influential persona and character in the rock genre and American Bandstand and all that stuff.

When we won that, it was really funny because our bass player, the guitar player, our drummer [and] myself, we all had a specific list of people that we were going to thank just in case we won. Now, when they called out Firehouse; and the reason they had called out Firehouse was because apparently we had had the most spins and record sales and things like that up to a certain cut off point. We knew that Nirvana was starting to dominate the airwaves with “Smells Like Teen Spirit.” We were like “Man! This isn’t going to happen, but just in case, right?” Well, when they called our name as the winner, it was actually the guys from Slaughter because they had won it the year before. The other guys in my band panicked! They were like “Oh my gosh! You do it!” So they gave the responsibility to me to name all the names when we got up there. I don’t know if you’ve ever watched it on video tape or from the night of the show…” 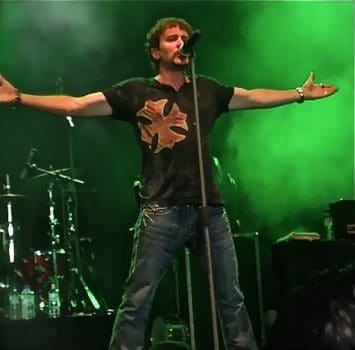 Snare went on to say: “Well, then you don’t remember but when I watch back, which I don’t sit here and do on a nightly basis or anything, but sometimes people will post it and every now and again, I’ll get a chance to look at it. I look really calm, cool and collected. But, I just want to share this with you, right when we got up there, the guys bailed on me! They were too nervous. They were too freaked out. And they were in panic… I mean everything! There [was] a wave of emotions coming over us — joy, elation, surprise — for them, terror, I guess. Me too and they were like “You do it! You’re the one that talks. You’re the front man. You do it!” So I got up there and as I’m watching that video playback, I look like I’m calm, cool and collected and I have it together. Inside, I was so nerved out, because I’m like, “I have to try to remember who was the bass player going to thank, who’s the guitar player going to thank.”

It’s a fleeting moment, but the after effects were so cool because we were hanging out with Tommy Mottola who was the president of Sony Music at the time, which was the label of our records. We met Steve Perry from Journey. He was like “Hey! C’mon over here to the table with us!” Mariah Carey, you know… When I’m standing up there thanking everyone, I remember looking down and seeing there’s Michael Jackson, there’s Eddie Van Halen, there’s so many people that you had watched on TV growing up. And then it seemed like in the blink of an eye but it stretched for a year and there we were and these were our peers now and we’re rubbing elbows with them. Oh, I can’t describe that feeling! That’s only one of the highlights of my life and probably the other guys too.”