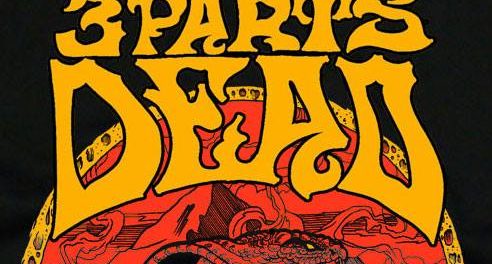 Back in July 2014, Sleaze Roxx reviewed 3 Parts Dead‘s debut self-titled EP and stated: “There are so many great new bands these days that it is quite difficult to keep up with them all. One of those fresh new groups — originating from Boston and the ashes of Pretty Little Suicide — that has made their way onto the Sleaze Roxx radar is 3 Parts Dead. The band sounds part sleaze, part rock, and part punk with plenty of attitude. The one distinguishing feature that sets 3 Parts Dead apart is the lead vocals from frontman Mike Patton. Nobody in particular comes to mind when listening to him sing — aside from perhaps L.A. Guns’ Phil Lewis in some ways — but he does have an original sounding voice.” Sleaze Roxx concluded in its review: “Overall, 3 Parts Dead deliver a strong debut EP and I am looking forward to hearing what they come up with next.”