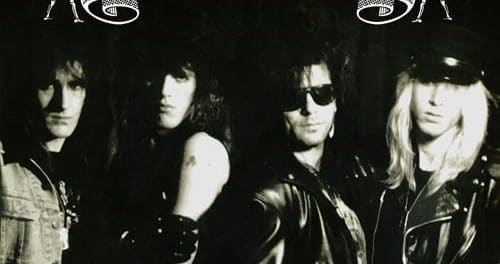 Los Angeles rockers 5 Guns West‘s debut and only album Bad Boys Rock N’ Roll has been reissued by Demon Doll Records for its 30th year anniversary of its release. 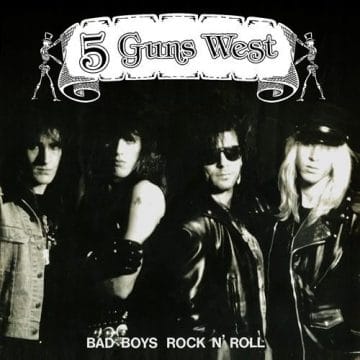 Previously only available on vinyl, the 9 songs have been digitally remastered for its first CD release (which in our opinion is long overdue).

Brimming from beginning to end with songs about Sex, Drugs & Rock N Roll, we think one good listen will tell you the boys in the band seemed to live it as much as they wrote about it.

The album opener “Walls Fall Down” is a crusher that sets the tone for a roller coaster ride into debauchery that keeps on rolling with tracks like “Thrill Train”, “Christine” and “Bad Boys Rock N’ Roll”.

If you like your Sunset Strip Sleaze Rock unpolished, raw and unapologetic then 5 Guns West is your type of band!