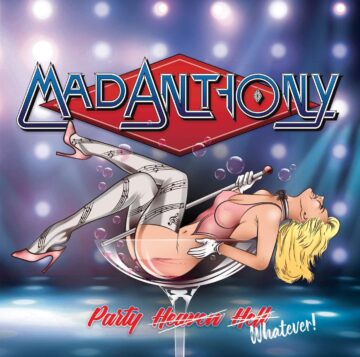 “Hailing from San Francisco, California, Mad Anthony was hands down the BEST unsigned ROCK band of the mid-’80s packing MASSIVE grooves and KILLER hooks from stacks of Marshall amps.

The Bay Area has remained an important musical epic center since the rise of the counterculture movement in the 1960s. From musical experimentation to thrash, San Francisco and its neighbouring areas have produced some of the most important musical groups in the last handful of decades from the Grateful Dead, Journey, Metallica, Night Ranger, Sammy Hagar, Y&T, just to name a few.

Mad Anthony was also all about a huge party, good times, the prettiest ladies, and always ended the night by pulling the crowd onstage for ‘Big Ole Long Red Hot Rod!’ Club owners would lock their bars at 2 am and let the band party all night long …no holds barred! The crowds never left and only got bigger. Mad Anthony loved their fans and their primary goal was to give them the best show the Bay Area had to offer. Produced & recorded by Grammy-winning producer, mixing engineer, songwriter, and arranger Steve Fontano who recorded many industry giants, as well as numerous shredders from Mike Varney‘s Shrapnel Records such as Apocrypha, Jason Becker, Marty Friedman, Phantom Blue, Racer X, Richie Kotzen, Tony MacAlpine, Vicious Rumors, and Vinnie Moore just to name a few. Re-mixed and Re-mastered by engineer Rob Beaton which includes recording credits with Guns N’ Roses, Heathen, Sammy Hagar, The Sea Hags, Warrant, Y&T, and many, many more.”