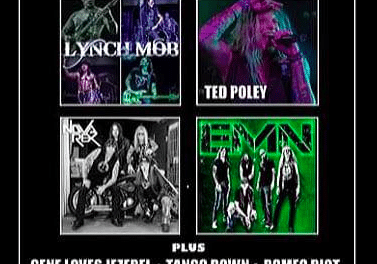 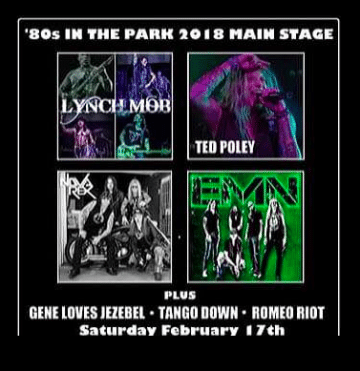 Bad news for Ted Poley fans as the singer’s scheduled performance today at the ’80s In the Park Festival is apparently canceled. The festival is taking place in Cocoa Beach, Florida, USA from February 16 to 18, 2018. About an hour ago, an announcement was posted on the ’80s In The Park‘s Facebook page that Poley was to play the main stage along with Lynch Mob, Every Mother’s Nightmare and Nova Rex.

The following message was posted on Poley’s Facebook page less than an hour ago:

“Due to the Promoter’s wishes I have been canceled from 80s in the park, I don’t know why I believe they don’t have the money to pay me but that is just my own Theory , let’s see how the rest of the weekend works out but I have been told by my fans, And not to Promoter because he’s a pussy, that have been canceled the promoters never even contacted me I’m stuck in Florida 2 miles away and I apologize to all of my friends and fans that spent a fortune to come see me this is beyond my control and I only found out about this from a fan, these promoters have fucked me beyond belief, and if you have traveled all this way to see me then they fucked you too! I am so sorry but it is beyond my control they have not paid me and like I said I am 2 miles away so if anybody wants to come to a private acoustic show let me know, fuck you Richard & 80s in the park.”