The Dan Reed Network are back together and about to release a new album entitled Fight Another Day, which will be released on June 3, 2016. 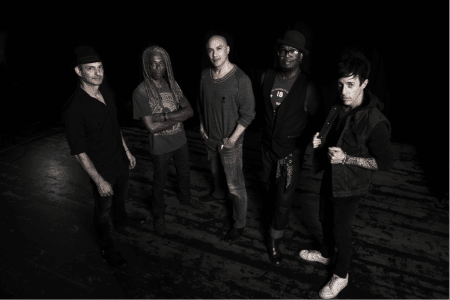 Fight Another Day marks the return of one of the most infectious and gifted bands to come out in the Melodic Rock World in the second part of the 80’s. The new album was recorded primarily in the home town of members of DRN, Portland, Oregon, while most of the writing process took place in Dan Reed‘s private studio in Prague in the Czech Republic, where Reed currently resides with his family. Demos were sent back and forth between Derek Shulman (A&R for Frontiers), Brion James, Melvin Brannon Jr. and Rob Daiker, making notes and refining the songs over great distances via the internet. This process was not unlike with DRN composed songs back in the late 80’s and early 90’s as Dan Reed used to demo out songs on his Akai 12 track machine and bring the songs into rehearsals where the band members would then arrange and flesh out the band’s classic ‘funk rock’ sound.

After the tracking was completed, band’s keyboardist Rob Daiker went to work editing and mixing each track alongside Shulman and Reed, sending mixes back and forth, making notes and shaping and moulding the album to best represent what DRN sounds like currently, while paying respect to what brought the band to the world’s attention back in the late 80’s.

“I thought it would be a great experiment and interesting challenge to revisit what endeared the band to so many back in the day and deliver a rock record with funk and soul elements, strong melodies, but this time around incorporate even edgier lyrics while not losing sight that this release needed to be uplifting, infectious, and most of all, powerful when performed live,” says Dan Reed. “The title ‘Fight Another Day‘ represents the fact that after 25 years we were able to gravitate back to the passion we discovered playing together all those years ago, and battle once more!”

The band looks forward to the world’s response to this new labor of love, and this testament to the bonds of friendship and musical chemistry! Worlwide touring over the next twelve months will support the album release… 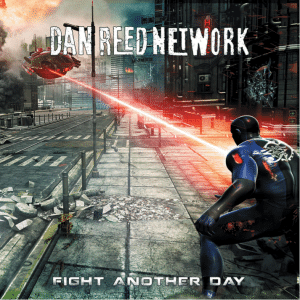