Baltimore, Maryland, USA rockers 86 Bullets have released a video for their track “A Beautiful Lie.”

The group describes itself as follows on its Facebook page: “86 Bullets is a high energy original band from the Baltimore, MD area.” 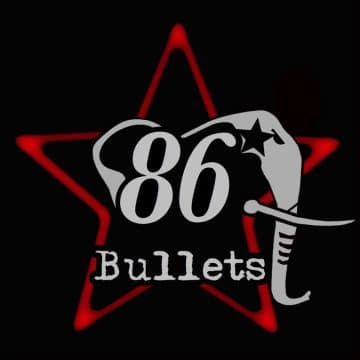 The origin of the name 86 Bullets, the group asks on its Facebook page that people check out the tragic story of elephant Tyke at Wikipedia (with slight edits): “Tyke (1974 – August 20, 1994) was an African elephant from Mozambique who performed with Circus International of Honolulu, Hawaii. On August 20, 1994, during a performance at the Neal Blaisdell Center, she killed her trainer, Allen Campbell, and injured her groomer, Dallas Beckwith. Tyke then bolted from the arena and ran through the streets of the Kakaako central business district for more than thirty minutes. Unable to calm the elephant, local police eventually opened fire on the animal, which eventually collapsed from the wounds and died. While the majority of the attack in the arena was recorded on consumer videotape by several spectators, additional professional video footage captured the attack on local publicist Steve Hirano and the shooting of Tyke herself (both of which took place outside of the building)….

Following the Hawaii accident of August 20, 1994, Tyke became symbolic of circus tragedies and a symbol for animal rights. In the aftermath, lawsuits were filed against the City of Honolulu, the State of Hawaii, the circus, and Tyke‘s owner, John Cuneo, Jr. and his Hawthorn Corp. Honolulu lawyer William Fenton Sink sued Cuneo on behalf of numerous plaintiffs, including young children, who suffered psychological injuries after witnessing Tyke‘s killing. While the lawsuits were settled out of court, the details of the monetary decision was kept sealed from publication. In honor of Sink‘s work in the Tyke case, Animal Rights Hawaii renamed its “Order of the Innocent Award”, The William Fenton Sink Award for Defense of Animals.

Allen Campbell‘s autopsy revealed that he had cocaine and alcohol in his system at the time of his death. Officials at the Denver Zoo confirmed that there were complaints of animal abuse filed against Campbell during the late 1980s, when he operated an elephant and camel ride concession in the city.

The Tyke incident inspired legislation on local levels in Hawaii and abroad, while California Congressman Sam Farr introduced legislation (HR2323) into the House of Representatives in 1999 and again in 2012.”

This is the official music video for “A Beautiful Lie” from the ep Agents of Absolution.86 Bullets MembersSteve Graybeal – VocalsChris Elliott – GuitarsEric …