Melbourne, Australia based hard rockers Ablaze have released a video for their song “Long Way Home” from their debut full-length album No Chaser, which was released last year. 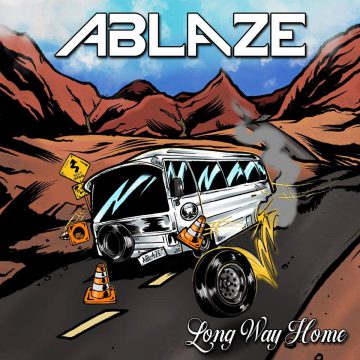 Ablaze will be one of the opening acts for none other than The Dead Daisies and former Mötley Crüe frontman John Corabi‘s Mötley ’94 Tour of Australia from March 28 to 31, 2019:

The official video for ‘Long Way Home’ by Ablaze ‘Long Way Home’ is the second single released off Ablaze’s debut album ‘No Chaser’, now available on Spotify, Google Music, iTunes and all other online distributors!