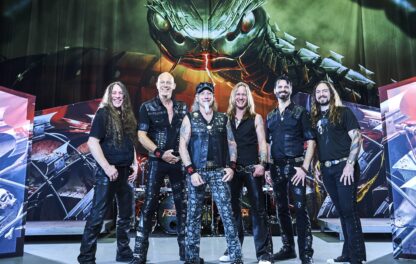 Two days ago, fans attending Accept‘s tour stop at the Phoenix Concert Theatre in Toronto, Ontario, Canada got a real shock when the German rockers announced as they took the stage that lead vocalist Mark Tornillo would not be in the line-up. The remaining Accept band members consisting of Wolf Hoffmann, Uwe Lulis and Philip Shouse on guitars; Martin Motnik on bass; and, Christopher Williams on drums performed a shortened set with the latter two reportedly taking turns handling lead vocals. 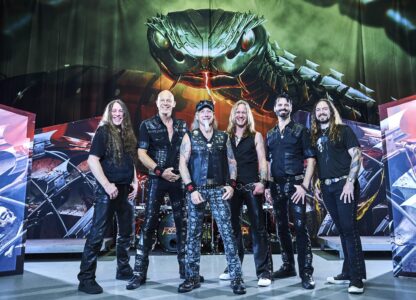 Accept are scheduled to play at the Landis Theatre in Vineland, New Jersey, USA tonight (on October 18, 2022) but have decided to cancel the show rather than repeat their experience in Toronto two days ago.

As you might have heard, we had to modify our show in Toronto, Canada on Oct. 16th.

Our singer Mark had developed severe vocal strain over the last week due to a virus infection (not Covid!). Being the trooper that he is, he pushed through three shows in a row, but the doctors now insist he take a break, otherwise the entire rest of the tour would be in jeopardy, as would his voice and health.

This morning, with the heaviest of hearts we had to make the difficult decision to call off the concert on Oct. 18th in Vineland, NJ.

This is so Mark has time to rest and recover, and we can make sure we can finish the rest of the tour in full force.

We understand the disappointment for our fans in Vineland, and we share this too.

We apologise from the bottom of our hearts.

We strive to put on the best show possible , for every show and want to give you all we can.

Thank you for understanding, and we’ll see you soon at a later date!