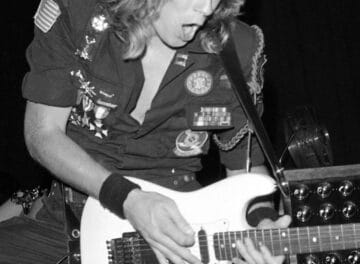 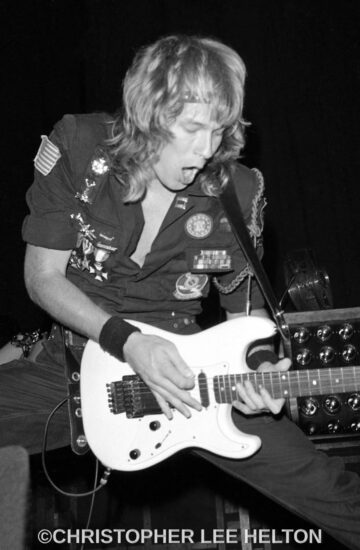 Accept founder and guitarist Wolf Hoffmann was recently interviewed by Andrew DiCecco for Vinyl Writer Music. Accept are about to embark on their Too Mean To Die Tour 2022 across North America starting in Nashville, Tennessee, USA on September 29, 2022.

DiCecco asked Hoffmann on his perceptive related to the evolution of speed and thrash metal to which the guitarist replied:

“Well, I feel partly responsible for all of it. We wrote that song “Fast as a Shark” that supposedly – I heard from so many sources – supposedly was sort of a starting point for a lot of bands and the beginning of a genre, or genres, really. Because up until then, no one had quite done a song that fast, with double kick all the way through. But for us in Accept, we had no interest in taking it much further. It was a bit of fun at the time, and we really enjoyed it, but we didn’t really identify ourselves so much with it as some other people did. We saw ourselves more in the footsteps of Deep Purple and Judas Priest and ACϟDC, those bands that we admired, and we formed our own style from them. Yeah, we did that song, “Fast as a Shark,” but we kinda left it at that. We didn’t really wanna take it to the extreme like all the other guys did. Good for them, but to each his own.”

On whether he noticed in the 80’s that Accept influenced a large number of bands, Hoffmann stated: “Not so much at the time; it was more later. There was a time when, obviously, the internet wasn’t around, and people were doing things like cassette tape trading. There was this whole underground movement in the states that [people] maybe traded Accept tapes, and they got into it and did their thing. But it didn’t really circle back to us, all the way over there in Germany, in those days. It wasn’t until years and years and years later that people told us, “Man, when we heard that stuff, we were blown away.” But at the time, it was far, far away, and very silent.”

You can read the rest of the interview with Wolf Hoffmann at Vinyl Writer Music‘s website.