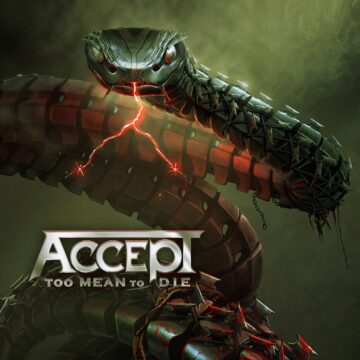 Following behind kick off track “The Undertaker”, the latest single “Too Mean To Die”, according to the Official Accept Website, is a “track full of unrestrained power and pure energy, certain to rip you out of all lethargy and any corona depression, no soon than the first note hits.”

In addition to the arrival of the lyric video, fans can also check out the contest for Too Mean To Die complete with chances for prizes and goodies at http://accepttoomeantodie.com/ as well as take advantage of pre-order specials at http://nblast.de/Accept-TooMeanToDie.