German heavy metal rockers Accept featuring guitarist Wolf Holfmann, bassist Peter Baltes and singer Mark Tornillo have released a lyric video for their new song “Koolaid” from their upcoming new studio album The Rise Of Chaos, which will be 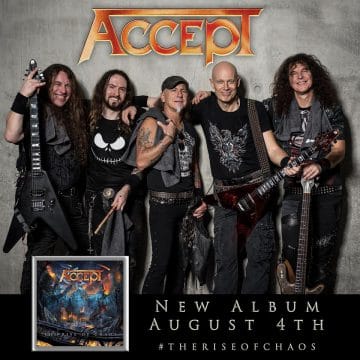 The group has already released a video for the title track of their upcoming new record.

Taken from the album ‘THE RISE OF CHAOS’: Get it: http://nblast.de/AcceptRiseOfChaosSubscribe to Nuclear Blast: http://bit.ly/subs-nb-yt / Subscribe to Accep…