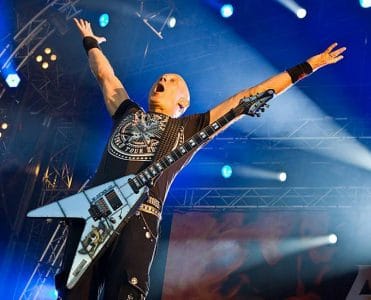 The press release for Restless & Live states in part:

“Accept will release a new live recording called, Restless And Live, on January 13th, 2017 through Nuclear Blast. This package will include the entire show played at 2015’s Bang Your Head!!! festival in Balingen, Germany on Blu-ray/DVD plus two CDs.

Comments Accept guitarist Wolf Hoffmann, “We didn’t know exactly what would happen back in 2010, what happens if… But this was six years ago and we’ve released three records since then. With Blind Rage, we had our first No. 1 chart record! There can be nothing nicer!”

The package’s title, chosen by the band couldn’t be more suitable, “Restless And Live simply fits what we experienced at Bang Your Head!!! and for what we stand for until today!” Wolf says. “It goes on and on and on! We’re already working on a new production. The thought of being on the road again soon gets our blood flowing and it is possible to overcome everything that happened before.”

Sleaze Roxx stated the following in its review of Accept‘s last studio album Blind Rage, which included a DVD of a live concert in Chile from back in 2013: “Is Blind Rage better than its last two predecessors? I would say no for the time being, but perhaps with time it will overtake both records in my mind. Blind Rage feels less gritty and more polished than Stalingrad and is also missing an instantly memorable song like Blood Of The Nations had with “Teutonic Terror”.

I would have been more than happy simply with the Blind Rage studio album given the high quality songs that are on it, but obviously Accept are all about their fans as the deluxe edition package includes a bonus DVD which features the band playing a full live show in Chile in 2013. The concert is stellar, well filmed and you get a nice selection of the classic Udo Dirkschneider era tunes along with four songs from each of the albums featuring Tornillo. The DVD offers 21 songs, not including Wolf Hoffmann‘s guitar solo and the intro music. Quite simply, Accept have really outdone themselves as their ‘Live in Chile’ DVD could have easily been released on its own — all I can say is thank you, thank you, thank you!” 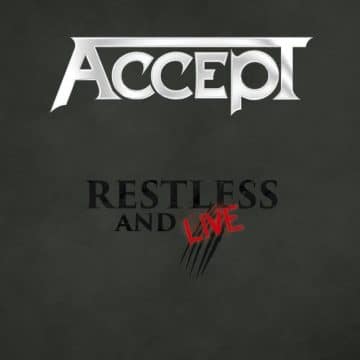