The legendary AC/DC are back on tour to make up their previously canceled North American tour dates of their Rock Or Bust tour. Handling lead vocals is of course Guns N’ Roses‘ frontman Axl Rose. AC/DC have kicked off their new leg of their tour with a show at Greensboro Coliseum in Greensboro, North Carolina, USA on August 27, 2016 and have now released a short recap video for that show. 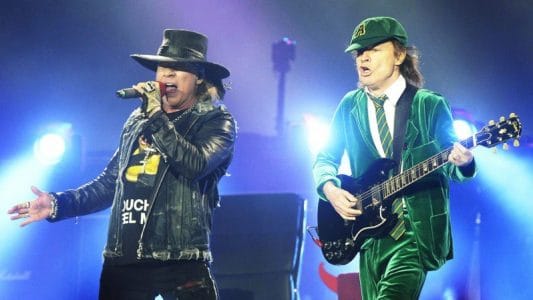 Of note, according to setlist.fm, the inclusion of “Live Wire” in AC/DC‘s live set is the first time that the band has played the song since October 9, 1982. AC/DC‘s setlist is otherwise very similar to the one that they had prior to embarking on this recent leg of their Rock Or Bust tour.

For more setlist clips, watch here: https://www.youtube.com/watch?v=yZRWZjpCJVgStick this in your fuse box! For the 1st time since 1982, AC/DC pull out this …