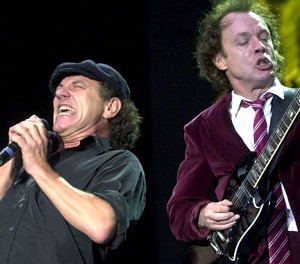 AC/DC to Brian Johnson — “You’re fired!” — Did that really happen?

United Media Publishing has reported that a source close to the iconic group AC/DC has confirmed that Brian Johnson was fired.

Back on March 7, 2016, AC/DC announced that they were postponing their 10 date North American tour, which was to start on March 8, 2016 given that Johnson had been told by doctors that he risked total hearing loss if he was to do that tour. Johnson‘s friend and comedian Jim Breuer advised a few days later that AC/DC had kicked Johnson to the curb upon hearing the disappointing medical report surrounding Johnson. Breuer later retracted his words for the most part. 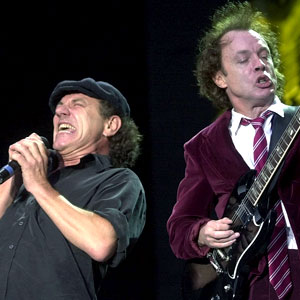 The article from United Media Publishing which was posted today states in part:

“Everything Mr. Breuer originally said is basically the truth, in a roundabout way,” said the source.

The informant, speaking out only under the condition of anonymity, says it’s his loyalty to Brian Johnson as to why he’s risking his job by speaking out. “Jonna’s [Brian] a fab guy and has been treated like shit. He does have hearing issues but not as serious as they’re saying. This was just an excuse to fire the guy, basically.”

The insider denied claims that Krokus singer Marc Storace was contacted by the band’s record label to possibly replace Johnson. “No, Marc was never considered for the gig or contacted by management.” The band is reportedly holed up in a secret location, auditioning singers to finish the remaining U.S. tour dates and beyond.

The source said lead guitarist (and sole remaining original member) Angus Young has narrowed the search down to two or three guys, all relative unknowns outside of their respective countries, putting to rest rumors of a possible mashup of classic rock royalty. “They’re not well known names. The band never considered any big name vocalists to replace Brian. I think they wanted to find a fresh new talent.”

“The plan is to decide on the singer within the next couple of weeks, maybe sooner, reschedule the tour and get back out on the road as if nothing’s happened.” Asked if the band plans on retiring after the tour, the informant is confident the band will carry on. “No, no, part of this audition process has been working on new song ideas. I think Angus wants to get back in the studio after a much shorter break this time. It’s no longer a band anymore but a brand, similar to KISS I suppose, which is a bit nauseating honestly.”