AC/DC have tour dates in May and June 2016 throughout Europe. 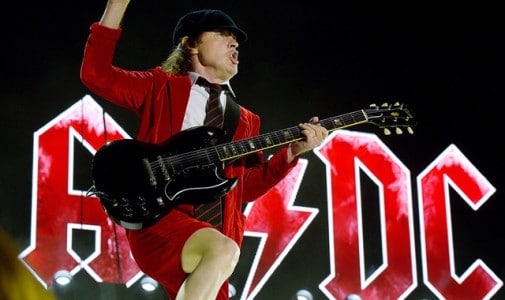 Interestingly, the tour dates will take place from May 4, 2016 to June 12, 2016, which just happens to be when singer Axl Rose will not be performing with Guns N’ Roses. There is a gap between April 24, 2016 and June 22, 2016 in Guns N’ Roses‘ tour schedule which will no doubt continue speculation that Rose may well take on the lead singer duties at least temporarily for AC/DC.

AC/DC have yet to announce when they will be making up their North American tour dates that they had to postpone back in March 2016 due to the news that their lead singer Brian Johnson had been advised to stop touring or risk total hearing loss.