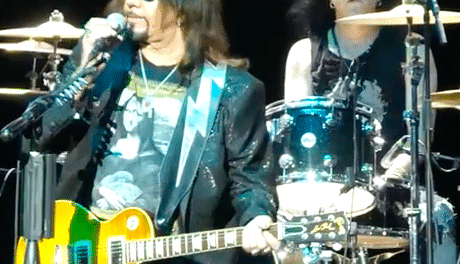 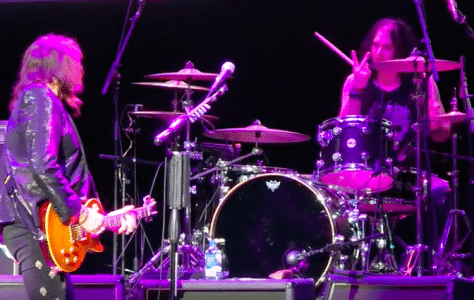 Ace Frehley and his band were playing the M3 Rock Festival for the first time yesterday (on May 5, 2018) at the Merriweather Post Pavillion in Columbia, Maryland, USA.

However, Frehley seemed at times a bit lost on stage.

During “Cold Gin” in particular, the former KISS guitarist seemed to miss his cue to sing the lyric portion of the song’s second verses and you could see drummer Scot Coogan communicating with Frehley (see 7:48 mark of video below) to presumably get him back on track.

The band ended up completely skipping the lyric portion of the second verses for “Cold Gin” while some of the audience kept singing them.

At another point during the show, Frehley mentioned that he had a new single titled “Bronx Boy” that was just released but the group surprisingly did not play it.