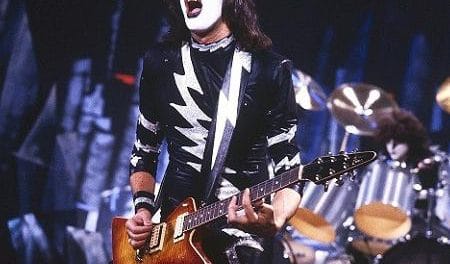 Former KISS guitarist Ace Frehley was interviewed by Goldmine presumably prior to August 2018 when Frehley opened for the Gene Simmons Band in Australia. The interview was posted on December 3, 2018. 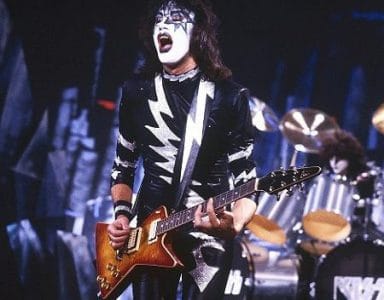 Frehley was asked whether he’d be interested in releasing a box set spanning his entire career similar to Gene Simmons‘ The Vault box set to which the guitarist replied:

“I have tons of material. I have a hundred two-inch reels with alternate solos for songs from The Elder, all kinds of stuff, jam sessions with other people. Two of the guys from the Alice Cooper band lived near me in Connecticut and they used to come over and jam. I have plenty of jam sessions on tape with a lot of different people and half of them I probably can’t even remember. So when I transfer the tapes to my hard drive, listening back will be a big surprise for me. That’s a major undertaking.”

In terms of what pre-KISS material that Frehley has, the guitarist advised: “I have Molimo stuff. Not on two-inch tape, but on quarter-inch tape I have some old recordings of me doing some Stones songs. I think I have some recordings of me at rehearsals with some of my other earlier bands, too. I also have some videos of KISS never released; I have footage of the band on an airplane going to Australia, rehearsing in an old hangar up in upstate New York — Newburgh, New York. It’s footage captured in black and white on one of the first Sony portable recording devices, which I bought in Japan.”

You can read the rest of the interview with Ace Frehley at Goldmine.