Former KISS guitarist Ace Frehley has released a new single entitled “Bronx Boy” from his upcoming new studio album, which is now expected to be released this summer. 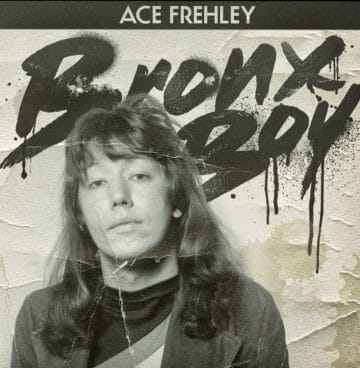 Sleaze Roxx stated the following in its review of Ace Frehley‘s Space Invader, which was released back in 2014:

“Everyone has a favorite KISS character, and for me it was always the ‘Spaceman’. You see, the spectacle that is a KISS live show is extremely choreographed, leaving little to no room for spontaneity — and that is why guitarist Ace Frehley was a welcome outsider. As he slumbered across the stage, in raised heels that looked as if they could snap his ankles at any moment, the ‘Spaceman’ often appeared to be in his own world with little regard for posing in a certain place at a predetermined time — he was the renegade in an otherwise perfected live display.

On his latest solo album Space Invader, Ace Frehley proves to lovers, haters and the world at large that he still possesses that certain ‘it factor’ that can’t be taught or bought. Even though the guitar is his weapon of choice, there is something about Frehley‘s vocal delivery that I’ve always enjoyed. He sings in such a nonchalant and carefree manner that it’s almost an afterthought — just something he is being forced to do in order to flesh out the songs. It’s an interesting sound for sure, although over an entire album it becomes a touch repetitious and while listening to Space Invader I begin to wonder if a couple guest vocalists would have made the album even better.”