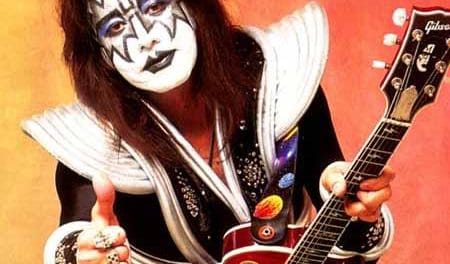 Former KISS guitarist Ace Frehley was recently interviewed by the one and only Eddie Trunk as the guitarist recently collaborated with his former KISS bandmate Gene Simmons on a few new songs for the Space Ace‘s upcoming new studio album. 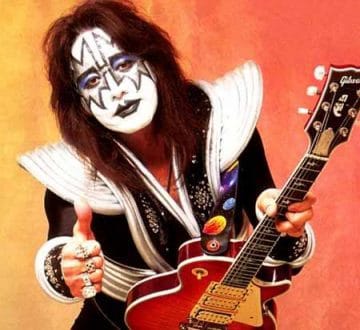 Frehley was asked about reuniting once again with KISS to which he stated (as transcribed by Blabbermouth):

“I can only be honest with you. It’s something I haven’t pushed and it’s something that Paul and Gene haven’t brought up to me. I’m just gonna let nature take its course. If the fans demand it, it’ll probably get to a point where they’re not gonna be able to say ‘no.’ But I’ve always said: they’ll be fine with what they’re doing and I’ll be fine on my own. I’ve got a great solo band. We tour the world. We’re touring Australia again with Alice Cooper in October. So whatever happens, one way or the other, everybody’s gonna be fine. But if by chance Paul and Gene decide to bring me back in the fold and do a world tour, I think that could be great too, if it was handled correctly. But I haven’t been approached, no. Honestly.”

In terms of whether the reunion could happen, Frehley advised (as transcribed by Blabbermouth): “I don’t think Paul and Gene do anything innocently… I think there’s a motive behind everything they do, and they’re driven by money — let’s be honest — and they’ll be the first to admit it…. Rachel said to me the other day, ‘Do you really think there might be a reunion?’ And I said to her honestly, ‘You know when there’s a gonna be a reunion? When promoters call up [KISS manager] Doc McGhee and Paul and Gene and offer them multimillion-dollar figures. It’s all about money — you know that and I know that. So if a promoter calls up Doc McGhee and says, ‘We’ll give you two hundred million dollars and do a six-month tour,’ I’m gonna get a phone call. If that doesn’t happen, I may not. Who knows? But, like I said, either way, everybody’s gonna be fine.”

You can read the rest of the portion that was transcribed from the interview with Frehley at Blabbermouth.