Former KISS guitarist Ace Frehley was recently interviewed during a “live conversation” at Hollywood’s Musicians Institute on September 25, 2018. The interview covered a number of topics including KISS‘ disappointing concept album Music From The Elder released back in 1981. 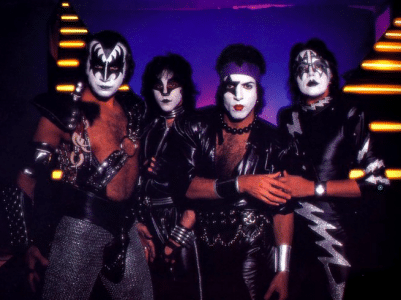 Frehley stated about The Elder (as transcribed by Blabbermouth): “I want to give you my two cents about ‘The Elder’. [Producer] Bob Ezrin flew into Connecticut. A lot of it was recorded at my home studio in Connecticut. It was a professional studio — I spent about a million dollars on it. During the recording process, I kept telling all those guys — Bob, Paul [Stanley] and Gene — I go, ‘This is the wrong album for this period of time. I think fans want to hear a heavy hard rock album.’ They just had a deaf ear to me. I said, ‘It’s not going to work,’ and of course, the album bombed. I guess I had a handle on what was happening. Those guys never had any street sense. It’s no fault of their own — Gene grew up in Israel, and Paul grew up in Queens, but he wasn’t a guy like me who hung out on the corner and got into fights and did crazy stuff.

I always had my pulse on what was going on, and I knew at the time — I would have bet a million dollars that the album was going to fail. I didn’t want it to fail, and actually, if you take that album out of sequence with the KISS records, it’s not a bad record. I did some great solos on it and there’s some really good songs, but it wasn’t the right record for the time. I was doing an interview with Billboard magazine, and they said, ‘What would happened if ‘The Elder’ never happened, and you went from [1980’s ‘Unmasked’] to [1982’s] ‘Creatures Of The Night’?’ I thought for a second, because I like ‘Creatures Of The Night’ — it’s heavy, it’s powerful, it’s everything I said we should be doing when we recorded ‘The Elder’. I may not have quit the band, but you can’t rewrite history unless we go into a time warp or a black hole.”

You can read other excerpts from the interview with Ace Frehley at Blabbermouth.