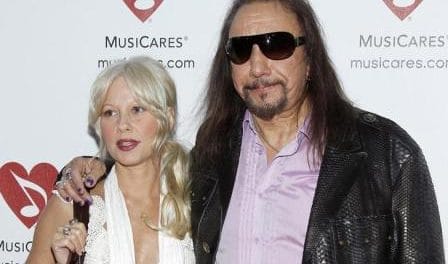 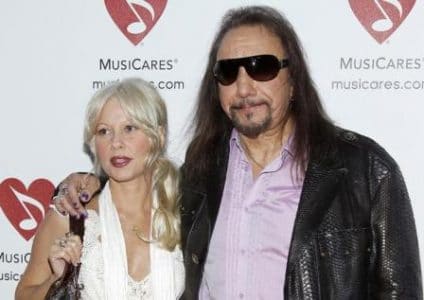 Frehley stated as follows: “Working on a new album. Working on a second book. Heading out on tour on January 18th and I go back in the studio. In the spring, I hit South America. First time in South America since I toured there with KISS so this is a busy year. Next year is probably going to be busier.”

Frehley‘s fiancé Rachael Gordon piped in as well when asked if she was contributing to Frehley‘s new album: “Absolutely, Absolutely. I have three songs that I have already written.”

In terms of a KISS reunion, Frehley stated: “Oh, I haven’t heard anything from Paul [Stanley] and Gene [Simmons] although I did get a text from Gene the other day. He wanted to come see me perform, you know, this January. You know, maybe he’ll pop the big question. Who knows?” Frehley went on to add, “Whatever happens, we’re all good. It’s all good.”

Frehley‘s first book No Regrets was released back in November 2011 while his last studio album of original material (Space Invader) dates back to August 2014.

Interview by Talking Metal with Frehley and Gordon on December 13, 2016: