Former KISS guitarist Ace Frehley‘s album Trouble Walkin’ will be getting released again on vinyl and for the first time since 1989 for Record Store Day on August 29, 2020. Only 4,000 copies of the vinyl pressing will be available. 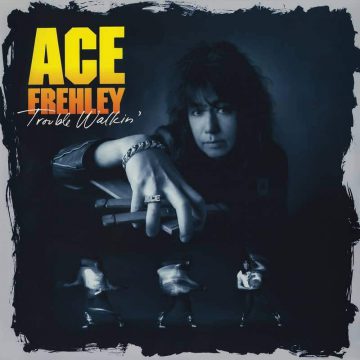 Sleaze Roxx stated the following in its review of Trouble Walkin’: “Overall, with the exception of “Lost In Limbo” this may be my favorite Ace Frehley release to date. I thought the label and management worked very hard to re-establish Ace as a hard rock commodity. The band was great, the songs were great and it was easily marketable. Did it fail in some ways? I think so, but like so many other albums that were released in the same time period, it was just hard to take a percentage of that pie. Regardless, who really cares! Successful, or not successful, a great album is a great album. This is still a staple on my turntable to this day. May Trouble Walkin’ live on in the hearts of the fans forever!!!”